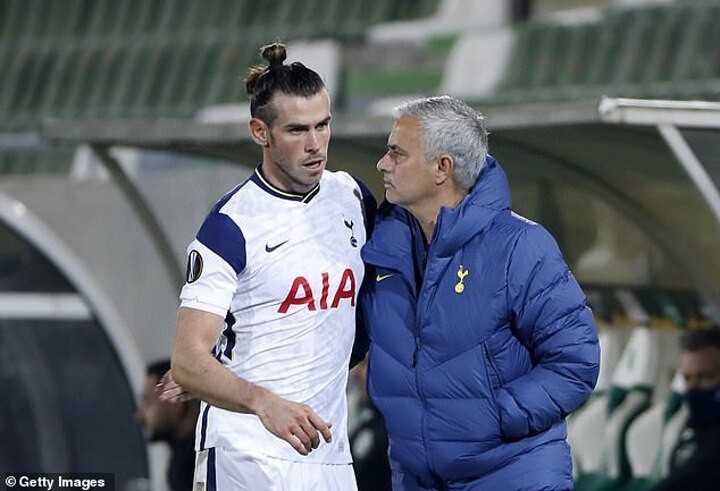 Senior figures within the Tottenham squad have been impressed with Bale's performance level in training since his arrival from Real Madrid in September.

As a result, they have expressed their sympathy for the Welshman following his lack of involvement – having only featured in four Premier League fixtures since his return.

According to ESPN, several members of the Tottenham squad are shocked that Bale has only played 161 minutes of Premier League football and made one start under Mourinho.

Bale had hoped to revive his career during a season-long loan spell at Spurs, however, the Welshman's time at Tottenham as been plagued by injury.

Upon his arrival, Bale was ruled out of action for almost a month with a knee injury - before eventually making his debut against West Ham after 72 minutes.

Bale did, however, show a glimpse of his former self when he scored his first goal back on November 1 against Brighton.

Although the striker failed to continue such form, scoring just two goals - against LASK and the Potters - since.

As a result, Bale could be set for a return to Real Madrid as Tottenham are ‘not considering’ a second loan move for the striker.