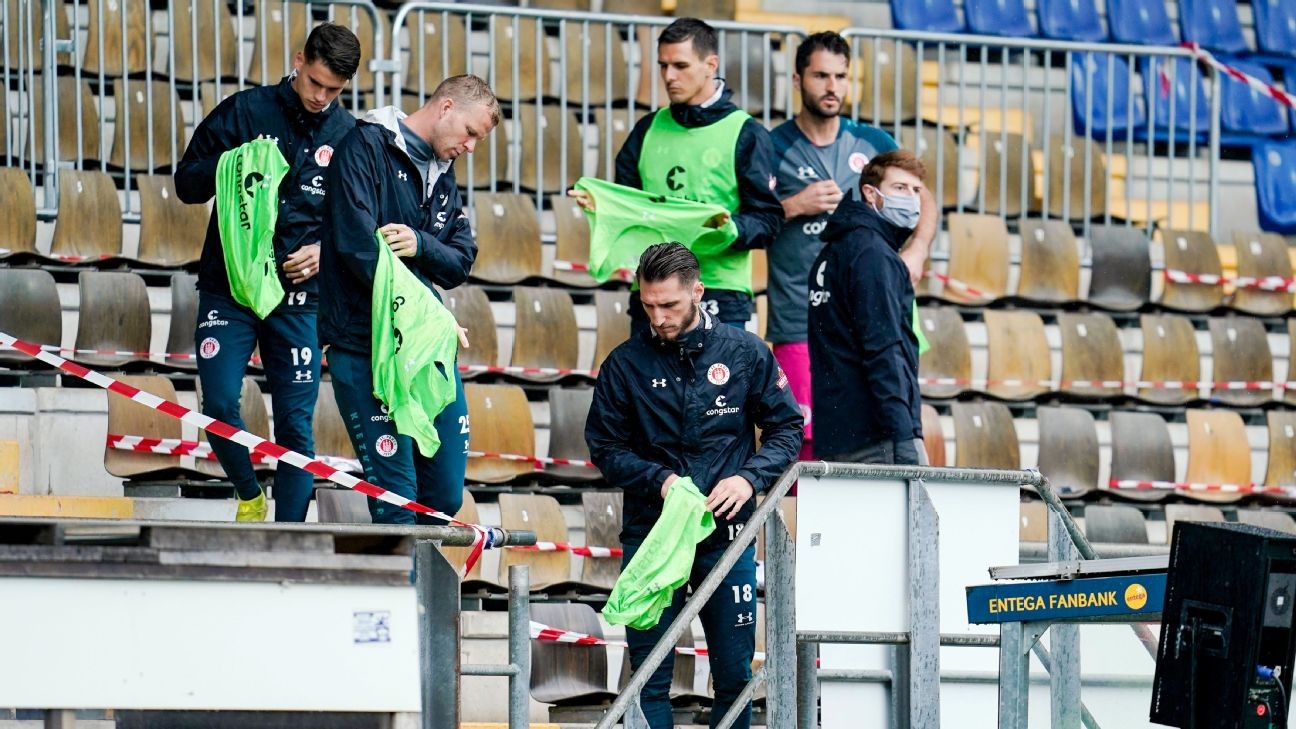 St. Pauli became the first club in Germany to make four substitutions in one go in their 4-0 defeat at SV Darmstadt on Saturday.

Bundesliga and Bundesliga 2 implemented a temporary rule change and -- following the International Football Association Board's advice -- allowed five substitutions per match for the remainder of the season.

Last week, the German Football League (DFL) recommended not to make more than two substitutions at once -- with a total of three opportunities and the half-time break -- when restarting the league amid the coronavirus pandemic.

Not all teams followed the recommendation and ahead of the second matchday, the league scrapped the advice and allowed teams to make all five substitutions at once.

Losing 1-0 at Darmstadt, coach Jos Luhukay made the switch after 61 minutes.

Although it was a more attacking formation for St. Pauli after the changes, the substitutions did not pay off as St. Pauli lost 4-0 and to make matters worse Diamantakos also missed a penalty kick in stoppage time.

The temporary rule change has in general been embraced by the 36 coaches of the two upper tiers in Germany. Full contact team training was only resumed some 10 days ahead of the restart and there have already been several muscle injuries.

On Friday, Dortmund coach Lucien Favre told a news conference he expected those injuries following the handful of training sessions.