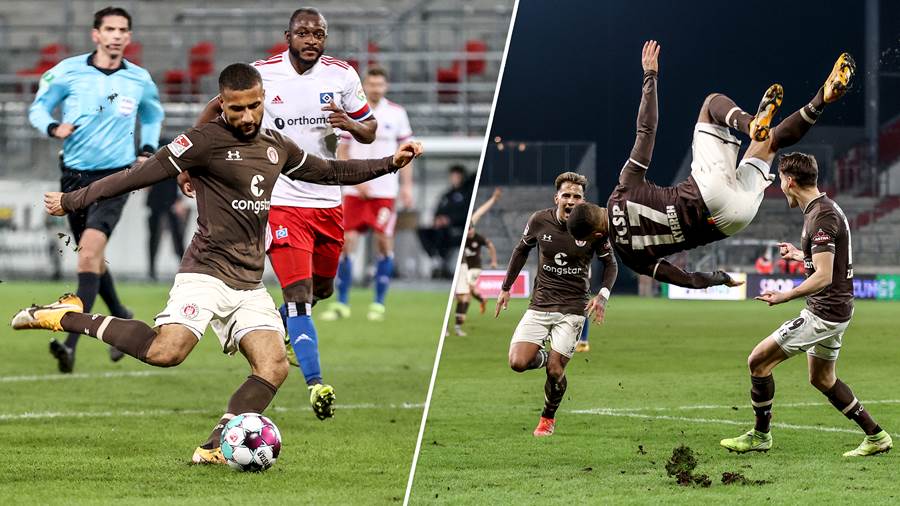 German-born Ghanaian forward Daniel Kofi Kyereh has reacted to his winning goal in the derby against Hamburger SV on Monday.

The 24-year old scored in the 88th minute to secure a 1-0 win for St Pauli against Hamburger SV in the Bundesliga II.

Reacting to that powerful strike to earn the win for the home side the Ghanaian footballer said: "It's an indescribable feeling. I can't quite believe it myself," said Derby hero Kyereh on the Sky microphone.

"I'm just overjoyed, we all deserved it one hundred per cent. We threw ourselves into every duel throughout the game."

Kyereh's goal helped St Pauli recorded their fifth win in the row in the ongoing campaign and a win in the derby against City rivals.

Describing how he scored the goal to help his side win the game, Kyereh said "It was an outstanding dribble from Rodrigo, an equally outstanding pass to Luca"

He himself " didn't think much anymore, just slammed the thing into the goal and that's it. "

Daniel Kyereh has made 23 appearances in the ongoing campaign and has scored seven goals.