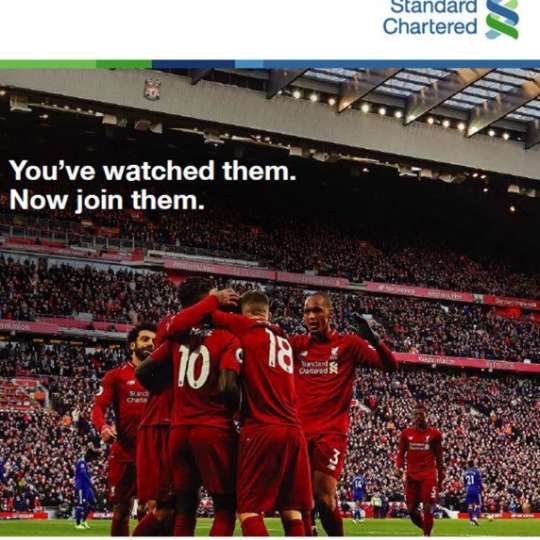 It is hinged on the Bank’s Liverpool FC sponsorship and is an opportunity for Standard Chartered to reinforce their partnership with Liverpool FC.

The competition would see winners of the local tournament flown to Anfield, the home of Liverpool FC to join winners from other markets to play the "Final tournament" to determine which team wins the Standard Chartered Trophy 2019.

The teams would be joined by Phil Babb – Liverpool legend who will offer tips to the competitors.

Babb joined Liverpool FC after his performances at the 1994 World Cup in the United States of America for Ireland which persuaded then manager Roy Evans to splash out a record transfer fee for the defender to secure his services.

Babb went on to play over one hundred and fifty matches for Liverpool FC, facing a fight for a place in the team in the 1999-2000 season with several players competing for two central defensive slots.

While in Ghana, he would interact with the media, run a clinic soccer for children and interact with a cross section of Standard Chartered staff, clients and stakeholders.

"Being a brand which is passionate about what resonates with our customers and clients, we have leveraged on our sponsorship with Liverpool to make the dreams of many Ghanaian football fans come true.

"This is another opportunity to provide a money-can’t-buy experience for our clients”.

Ghana has been participating in the Standard Chartered trophy since 2015 and has had the opportunity to take staff, clients and media personalities to Anfield to watch Liverpool FC home games and interact with some legends of the club.

The winner of this year’s tournament would represent Ghana at Anfield in May, where they would compete with winners from seven other markets.