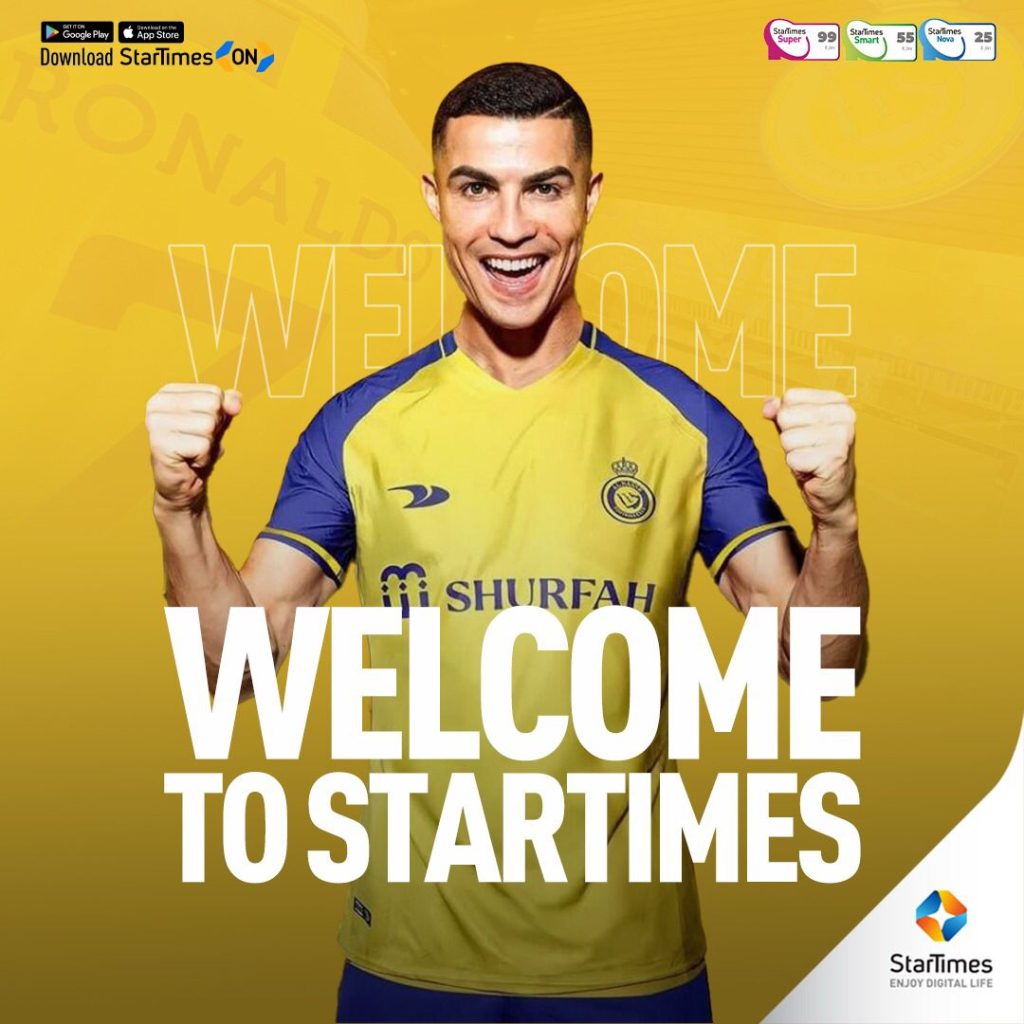 Africa’s leading digital TV operator, StarTimes has secured the broadcast rights to the Saudi Arabian League known as the Roshn Saudi League across its sports channels and StarTimes ON App live and in HD.

The 16 team league is well known for its depth of talent and quality with players that span across the world.

The arrival of global football icon Cristiano Ronaldo and the success of Saudi Arabia at the 2022 FIFA World Cup has increased the visibility of football in the Arab region.

Cristiano’s new team, Al Nassr FC are the second most successful club with 9 league titles behind Al Hilal Saudi FC who have won 18 league titles with both teams gunning for more success in the current league season.