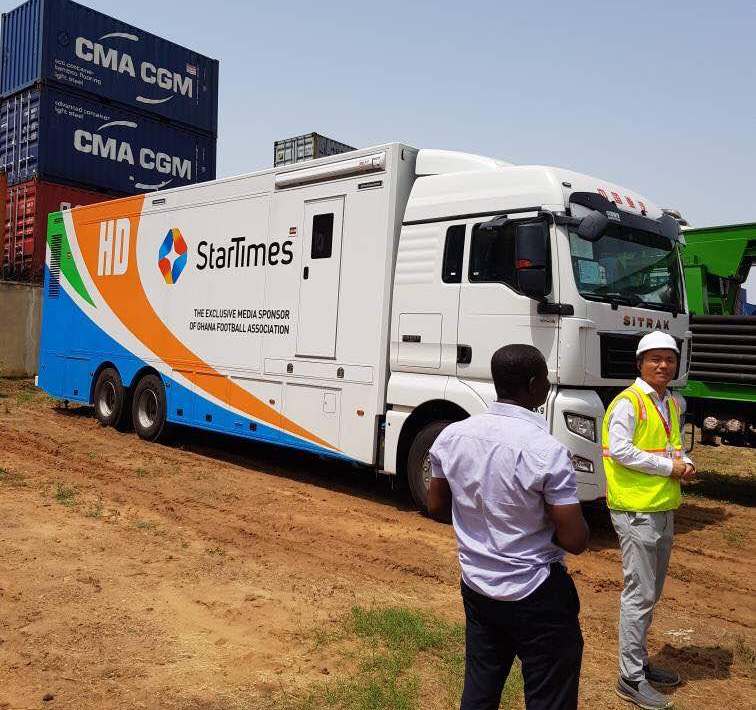 The Head of Marketing for StarTimes Ghana, Mrs Akofa Banson has debunked reports that the StarTimes Outside Broadcasting (OB) Van is unable to move across the league centers in the country to cover games.

According to him, those reports in the media where fabricated and untrue as the decision to cover some games in the abrogated 2017/18 Ghana Premier League at certain selected match venues where because those venues were not television friendly.

Speaking at the press briefing regarding StarTimes’ production plans and coverage for the 2019/20 Ghana Premier League she said,  “It is not true our OB Van cannot move to all the centers but instead we said some of the centers was not match friendly for TV.

“Apart from that some of the stadia were not good enough for us to set up our cameras. That was why we asked for a change in venues”.

She further said, the OB Van will go around the selected league venues for coverage as the GFA has assured StarTimes that the venues approved by the Club Licensing Board are television friendly.

“The Ghana Football Association has told us that the Club Licensing Board has assured that every match centre will be television friendly this time around”.

StarTimes covered 49 live games across the league, FA Cup, President’s Cup, G8 and the Gala competitions in the 2016/17 season.

According to a statement released, 38 live games will be produced for the remaining first half of the 2019/20 season and all clubs given equal TV exposure.

StarTimes was awarded the Television Rights for the Ghana Premier League and FA Cup for the next 5 years.