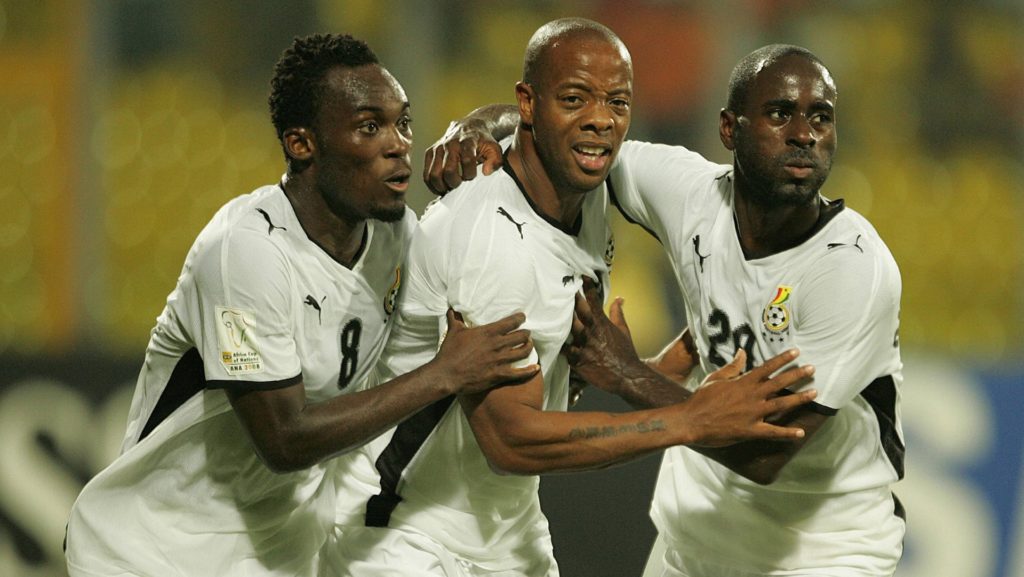 Former Ghana captain Stephen Appiah has disclosed that Junior Agogo had planned on visiting Ghana next week before his sudden death.

Agogo passed away at a London Hospital on Thursday morning, leaving the football fraternity in shock including the ex-Ghana captain.

Appiah, who has been talking to the attacker when was progressively recovering from stroke eulogized the 40-year old, and revealed he would have been in Ghana next week.

"When Ghana played Ivory coast in the 2008 third place game we went to Fiesta Royal and after that we went to a club at Labone called Monte Carlo,” Appiah told Asempa FM.

“When he came to the club everyone was caught in awe of Agogo and everything was a standstill.

“In Italian they call Emmanuel, Manu so I used to affectionately call him Manu Manu.

“All the players in camp at the 2008 Afcon used to love Agogo because he was a likeable man," Appiah concluded emotionally.

Junior Agogo is fondly remembered for his heroics at the Nations Cup in Ghana 2008. He played 27 times for the Black Stars, scoring 11 times.