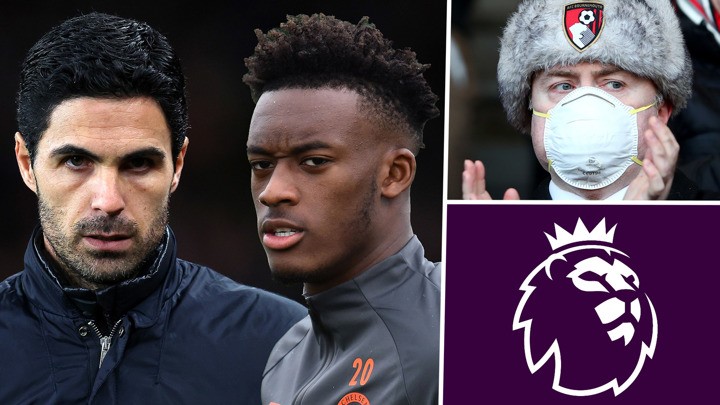 In the absence of competitive action as football honours the coronavirus lockdown, leading clubs and players have united to spread the ‘Stay home, Save lives’ message.

The latest talks between authorities in England have decreed that there will be no resumption of activity across the Premier League and EFL until at least April 30.

It remains to be seen whether a green light will be given at that stage, or any point close to that, as the global community comes together in a bid to contain the spread of Covid-19.

The odd game was staged behind closed doors when a pandemic first hit, with supporters urged to stay away from arenas that many consider to be second homes.

Medical advice has moved quickly since then, with governments in all corners of the world putting lockdown protocols in place.

England finds itself in that position at present, meaning that no sporting action is to be found.

Saturdays would usually deliver a bumper helping of games across all tiers, but sporting men and women are among those practicing and preaching the social distancing advice.

At around 3pm, when the vast majority of matches would have been taking place in England, high-profile figures endeavoured to hammer home the warning that has been reiterated on a regular basis over recent weeks.

Premier League bosses such as Ole Gunnar Solskjaer, Mikel Arteta and Frank Lampard, of Manchester United, Arsenal and Chelsea respectively, added their voice to the calls.

Superstar performers at Manchester City, such as Raheem Sterling and Steph Houghton, also got involved.

Liverpool got straight to the point in their post.

The Premier League turned to the division’s all-time leading goalscorer to pass on their message, with Alan Shearer doing the honours.

Across the Football League, all 72 clubs outside of the top-flight urged their fan bases to stay indoors and help ease the pressure being placed on health services.

The EFL got many familiar faces from past and present to lead their collective message.

English football has seen a number of players and coaches test positive for Covid-19, such as Arsenal manager Arteta and Chelsea forward Callum Hudson-Odoi, and will be doing all it can to ensure that families across the country are kept safe and well during a testing time for all concerned.