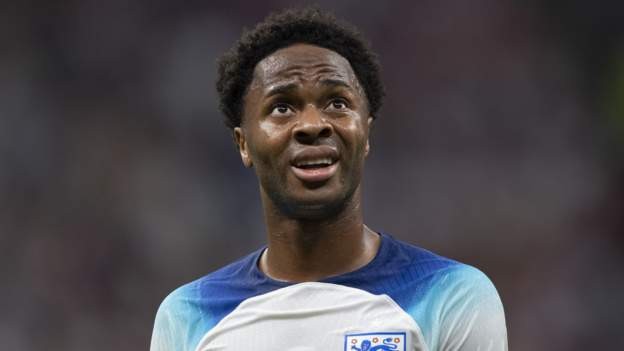 Raheem Sterling's future at the World Cup is unclear after he left the squad to deal with a "family matter", said England manager Gareth Southgate.

The 27-year-old was unavailable for Sunday's last-16 match against Senegal.

"He will go and deal with that matter and we will have to take it from there," Southgate told ITV.

"I had quite a bit of time with him this morning but I have had to pass that on to other people to help him with that."

The Chelsea forward started and scored in England's 6-2 win over Iran in their opening group game before being called on again for the 0-0 draw with the United States.

Southgate opted instead to play Marcus Rashford and Phil Foden either side of Harry Kane for England's 3-0 win over Wales.

The England boss has often relied on Sterling during major tournaments; he started all seven of England's Euro 2020 matches.