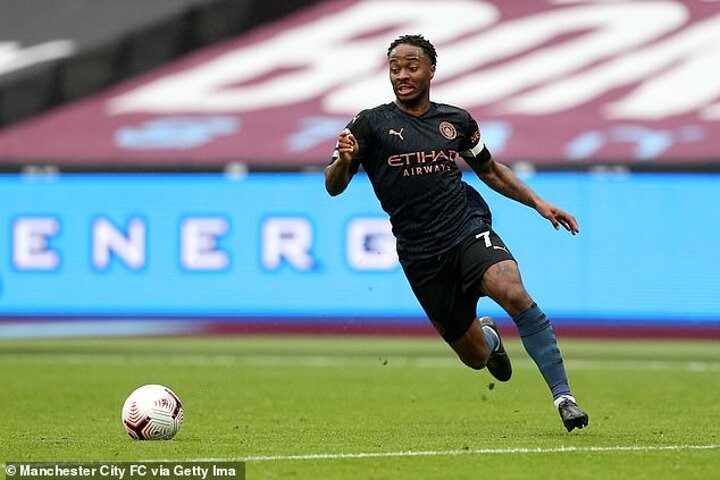 The 25-year-old said he wanted to create something 'humongous' for the people he was helping with the organisation which would focus on social mobility.

The England international's charitable body would help those supported by Marcus Rashford, who plays for his club's rivals Manchester United, and his food poverty activism.

Speaking to The Sunday Times magazine, Sterling said: 'That's me finished with the "what can happen, what should happen". Now I'm trying to put into place stuff I can do myself.

'Stuff to give young people in the same circumstances I was in another shot. If there is a university they want to go to, football equipment they need, other things... I want to be a helping hand.'

The Sunday Times reported Sterling was still working on the finer details of the foundation, but that his contribution was likely to be seven figures.

It added he has asked his club and his main sponsors to match his contribution, meaning the fund could top £10 million.

He said: 'It comes down to, OK, I come from northwest London, I move out of my area - what good is it if I take all I have made in life, my success and just build a big house somewhere? I'm happy, cool, but that's not who I am.'

Sterling will be following England team-mate Marcus Rashford in tackling social issues, as the Manchester United forward continues to appeal to the UK Government to extend the free school meals voucher.

Rashford has spent this week sharing locations on his Twitter page where children can benefit from free meals during the half-term break, while Prime Minister Boris Johnson is facing widespread calls to meet the footballer to discuss the issue.

Several Conservative MPs are threatening to join Labour in calling for a U-turn on Number 10's stance, as children begin their half-term break on Monday.