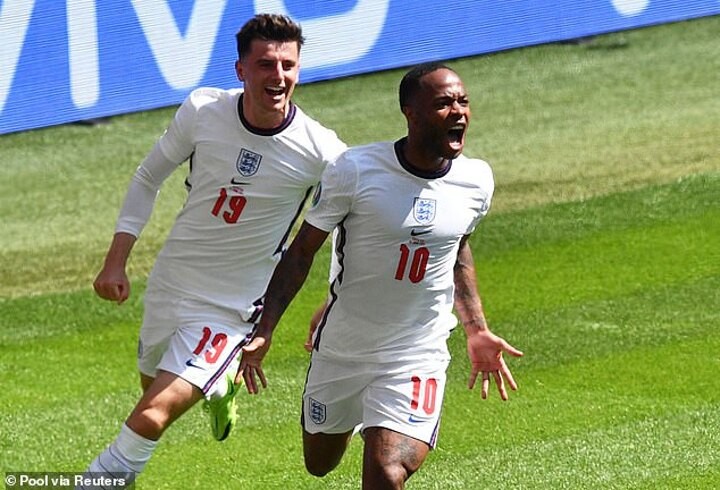 Raheem Sterling has insisted that his poor form for Manchester City is 'irrelevant' for now after scoring England's winner in the 1-0 victory against Croatia that kickstarted their Euro 2020 campaign.

Sterling was a surprise inclusion from the off for the clash but justified the selection after bursting through, taking in Kalvin Phillips' pass and finishing beyond Dominik Livakovic for the only goal of the game.

And after sealing the three points, Sterling admitted in his post-match interview that he is 'trying' to live up to being handed the start.

'There are a lot of different reasons I haven't scored for my club and that's totally irrelevant now,' Sterling told the BBC. 'I'm here with England, I'm enjoying my football and that's the most important thing and I'm just happy to score.'

'It feels good. I've always said if I play at Wembley in a major tournament, I'm scoring. It's great to finally do that.

'It's great to get off to a win. Now we have the games to look forward to and hopefully go into them and win again.

'It's been a long season for me, I couldn't wait to get started with England and I knew it would be a positive one.'

When quizzed over his spot in Gareth Southgate's first XI of the tournament, Sterling simply responded with a shrug and said he is 'trying' to pay back the manager's faith.