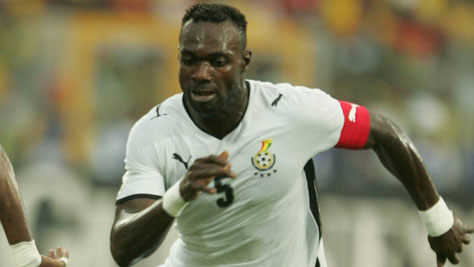 Mensah has been battling with a nagging back injury for past few years and there are concerns over his fitness level ahead of next month's showpiece.

The solid centre-back has featured only two times for Olympique Lyon in the French Ligue 1 this term.

A similar problem ruled him out of the 2010 Cup of Nations in Angola.

However, Stevanovic is positive Mensah can shake off the injury in time to spearhead the country search for a fifth African title in 30-years.

He said: ''I know there are issues about Mensah's health but I have been in constant touch with their medical staff and I think he has progress well.

''I believe he will be fully fit in time for the tournament because he is one of our most important players.

''We need him and all other players to be fit for the tournament. He's on the road to recovery and weâ€™ll all be happy to have him back.''