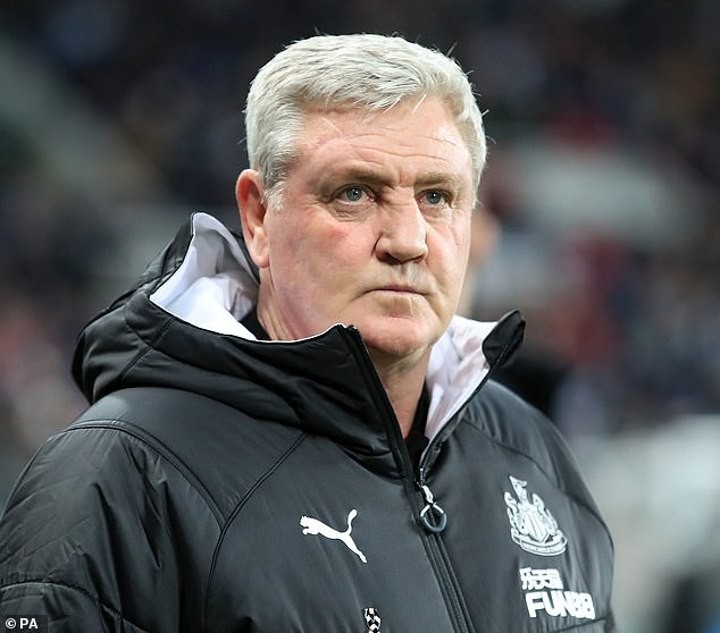 Steve Bruce has backed the impending return of the Premier League to lift the 'mental state' of supporters during the coronavirus pandemic.

The English top-flight is set to return on Wednesday following a three-month absence. Games will take place behind closed doors, meaning fans will not be able to go to matches in person but will be able to watch from their homes.

The global pandemic has put a stop to all major sport since March and forced a UK-wide lockdown, and Bruce feels the return of world's most watched league will do wonders in lifting the spirits of supporters.

The sustained lockdown, forcing people in the UK to stay home for much of the last 13 weeks leading to some, including Prince William, to express concerns over its effects on people's mental health but identified sport as a way of lifting that.

'We all need it (to start again). It is strange times for everyone', said Bruce, 'It is something to look forward to for the supporters and for everyone with their mental state.

'Let's hope the world comes back to a good place and we can get fans back at sporting events because it has proved to me how much we have missed it all.'

Bruce's Newcastle will return to action against Sheffield United on Sunday in front of an empty St James Park, and the Geordie manager admitted the experience won't be the same without fans but said just being able to watch the team again will be a boost for the city.

'It is a crying shame that fans can't be here, but it is the second best thing being able to cheer them on on the TV or laptop.

'When you see an empty St James' it is hardly recognisable from game day but it is the same for everyone.

'The supporters make Newcastle United. There are people who want to work hard all week to buy their ticket and sit in the stand and shout on their team. There is no greater place than Newcastle for that.'

Newcastle had low expectations for this season after bruce's appointment but have impressed this season, sitting a comfortable eight points above the relegation zone in 13th ahead of the resumption.

The Geordies secured a 2-0 victory over the Blades at Bramall Lane in their first encounter this season.