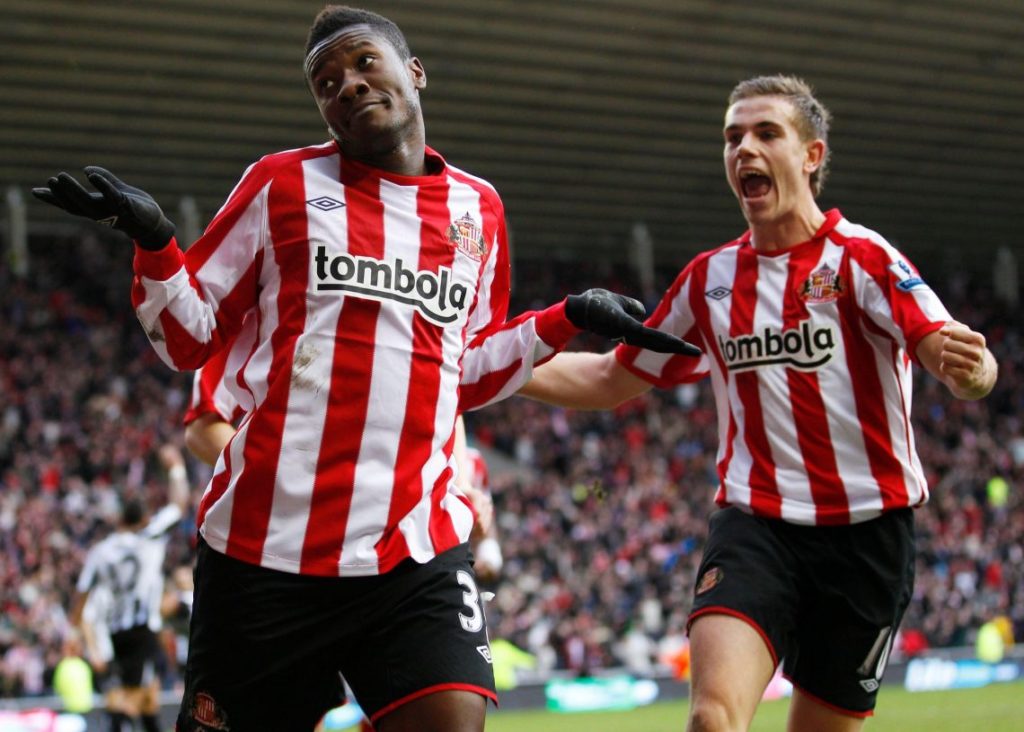 Manager Steve Bruce has snubbed striker Asamoah Gyan in the best players he has managed in his career but ex-Black Stars captain John Mensah made the cut as a substitute.

Bruce signed the two Ghana internationals during his spell at Sunderland.

Gyan at a successful debut season at the Stadium of Light where he scored ten goals in 31 league appearances.

But the following term, he was transferred to UAE giants Al Ain in a bumper loan deal and Bruce accused the striker of chasing the money from the Gulf.

Steve Bruce has had 12 management spells at 11 different clubs.

In an interview with The Telegraph, Bruce named his best starting XI and seven subs: