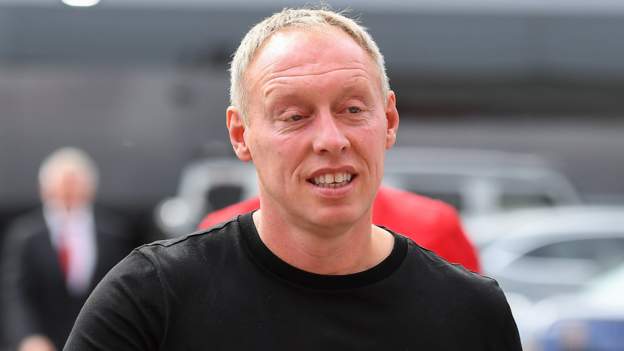 Nottingham Forest manager Steve Cooper will remain in his role following meetings at the club.

The 42-year-old's position was in doubt after his side fell to the bottom of the Premier League following Monday's 4-0 loss to Leicester.

However, it has been decided he should be given more time in recognition of his achievement in getting Forest promoted after a 23-year absence.

The club have also named Filippo Giraldi as sporting director.

Giraldi's appointment is viewed as an attempt to guide the club through their current difficulties and give them the structures needed to progress as a Premier League club.

Cooper was appointed manager in September 2021 and took them back to the top flight for the first time since 1999 at the end of his first season in charge.

He then spent £145m on 21 players in the summer transfer window.

Despite the heavy spending, Forest have won just once in the league this season, with Monday's defeat at the King Power Stadium their fifth loss in a row.

Italian Giraldi spent nine years at Watford, initially as a chief scout before moving into the technical director role in 2014.

It is felt his experience will prove invaluable in ensuring Forest have the best possible chance of avoiding an immediate return to the Championship.