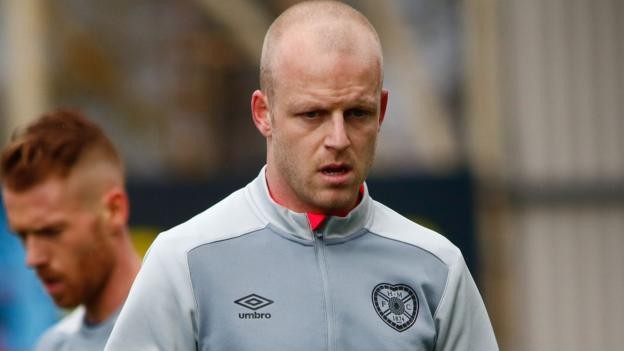 Steven Naismith has not played for Norwich since August 2017

Scotland striker Steven Naismith is one of four first team players being released by Norwich City following their promotion to the Premier League.

The 32-year-old, who moved to Norwich from Everton for £8.5m in January 2016, has spent the last 18 months on loan at Scottish top flight side Hearts.

The Canaries have also released Matt Jarvis, Ivo Pinto and Yanic Wildschut at the end of their deals.

Todd Cantwell has had a one-year extension on his contract exercised.

Pinto has since joined Croatian side Dinamo Zagreb while Jarvis was on loan at Walsall for the second half of this season and Wildschut spent the entire campaign on loan at Bolton Wanderers.