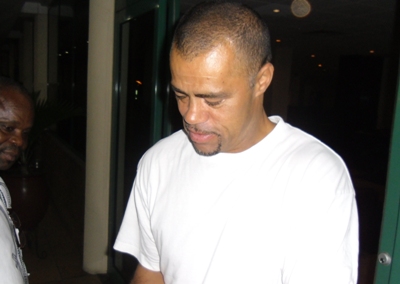 Steve Polack arrived in Ghana on Wednesday night to resume duties as the head coach of Berekum Chelsea, GHANAsoccernet.com can exclusively reveal.

The 50-year-old touched down at the Kotoka International Airport at exactly 19:55 GMT aboard a KLM flight and has since checked in at the plush Alisa Hotel in Accra.

The English who has agreed to a one-year renewable contract says he is here to complete an unfinished business.

"First of all I had a health problem when I first signed for Chelsea so I had to go sort it out but thankfully I have been cleared to continue with my job,'' hetold GHANAsoccernet.com upon arrival.

"I believe I owe it to Chelsea to finish what I started last season and hopefully we'll be able to achieve success at the end of the season."

A statement on the club's website berekumcheslea.com says the ex King Faisal coach will be unveiled to the media on Friday at the International Press Center in Accra.

Qualifications: License C, B and A, Pro Diploma (Top of the Tree)