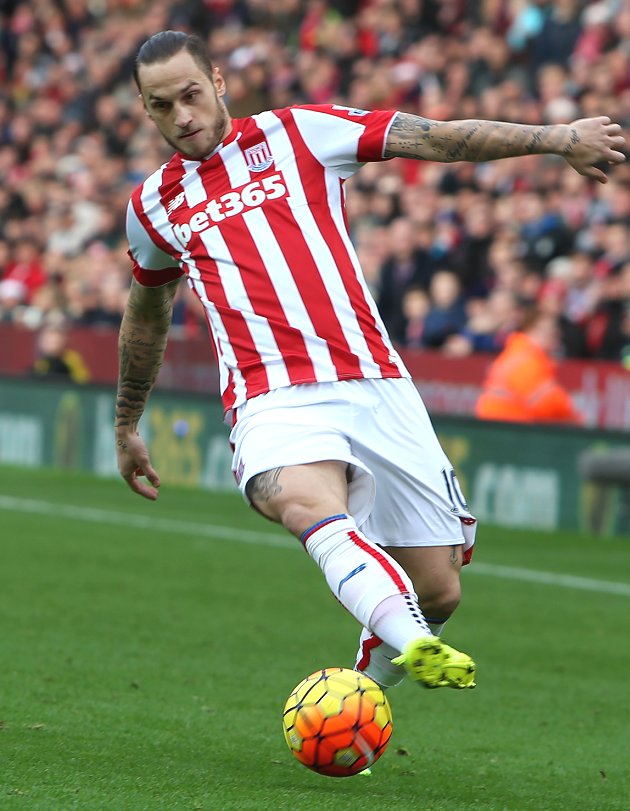 Stoke City boss Mark Hughes has challenged Marko Arnautovic to knuckle down and fulfil his potential.

Arnautovic has scored 10 goals for Stoke City this season.

Hughes said: "I think he scored double figures in his breakthrough season at Twente but he hasn't really done it again since until now.

"It is an element of his play and a part of his game that if it can remain strong then he is going to be a complete player.

"That's the one thing that could be questioned about his ability as a player.

"He's got a lot of talent, a lot of attributes and the fact that he hadn't scored as many prior to this year for a player of his ability was one thing you could criticise him for.

"That can't be the case this year but he needs to keep it going until the end of this season and do it next year as well."