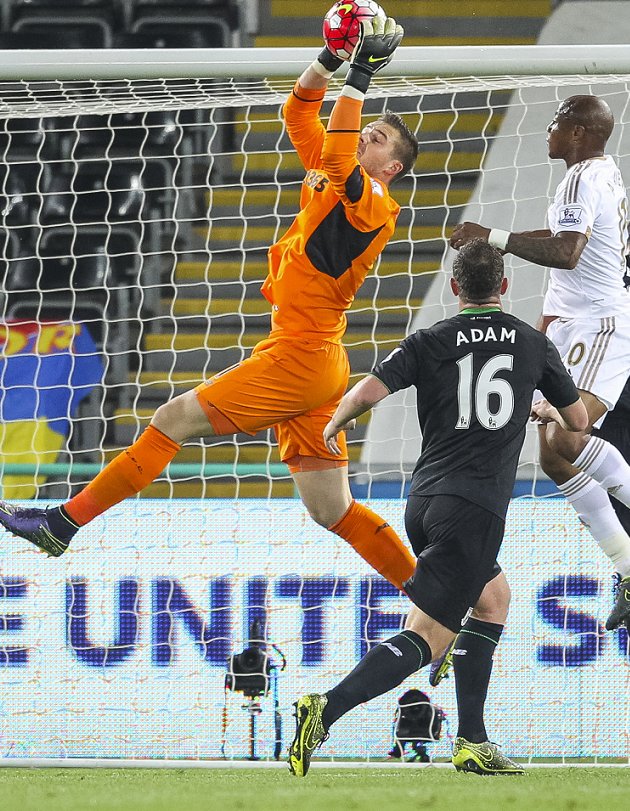 The 22-year-old goalkeeper has well and truly made himself first-choice at the Britannia Stadium since Asmir Begovic left for Chelsea in the summer and even though he is under contract until 2019, Hughes feels the club needs to tie him down and reward him for the longer term.

"I certainly wouldn't be averse to it," said Hughes.

"Obviously, Jack's just signed a long-term deal, but that was just prior to the situation we had with Asmir. At that point Jack wasn't the confirmed No 1 which he is now - circumstances have changed and that's the thinking behind revisiting the contract situation.

"Yes [he is one of the best in the Premier League]. The chief executive won't thank me for saying that because it makes negotiations more difficult, but I think he's shown it over the games he's played this season.

"It's still early days for Jack - he hasn't had a period where his form's plateaued and that can happen to a young 'keeper. But I just think his manner is very calm and those periods will be few and far between."