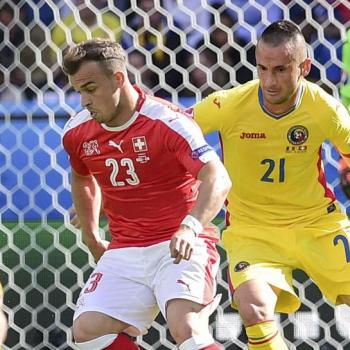 Displaying a good seasonal performance for Stoke City, Swiss international attacking midfielder/winger Xherdan Shaqiri (25), asked by Daily Mirror about his future, stated: "At 25, it would be silly to say that I want to end my career at Stoke. Don't get me wrong: I feel very comfortable, at the moment. I have already scored three goals, as many as in the whole of last season. Stoke have a super coach, super team, and we are ninth in the Premier League. But of course I want to play Champions League again, in the near future". Playing for Potters since August 2015, former Inter Milan, Bayern Munich and FC Basel player is currently on a deal with English club until June 2020, and has been previously linked to AS Roma, Everton and Schalke 04, among many. He might traded next summer, on an about 18 million euros offer, if keeping on with his current trend.