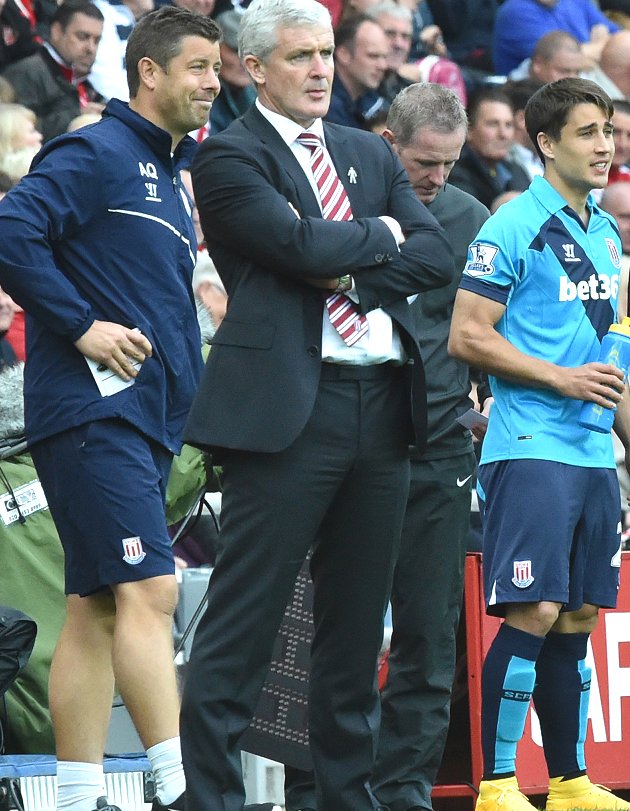 Stoke City boss Mark Hughes has insisted his side will not be complacent against Sheffield Wednesday this week.

The Potters host the Owls at the Britannia Stadium in the Capital One Cup quarter-final on Tuesday and Hughes is taking the visitors seriously as he does not want to join Newcastle United and Arsenal as recent victims of the Championship outfit.

"We won't underestimate Sheffield Wednesday in any way, shape or form, if you look at their progression in the competition they have beaten two Premier League sides already," Hughes said.

"We're at home and when the draw was made if we're honest enough we can say they were one of the teams we wanted to have.

"You can't argue about that. If we're going to progress it should be in our favour."

Wednesday got the better of the Magpies 1-0 at St James' Park in the third round in September before shocking the Gunners 3-0 in the fourth round in October.