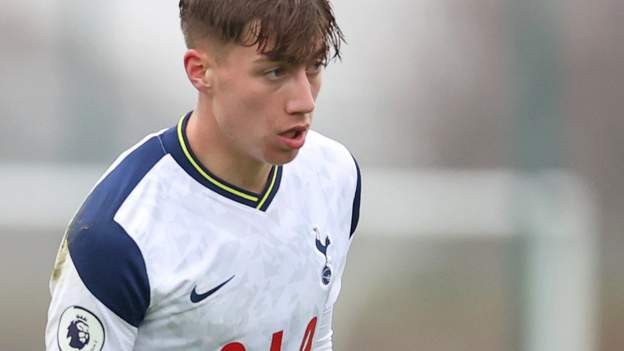 Stoke City have signed Tottenham Hotspur forward Jack Clarke on loan for the rest of the Championship season.

The 20-year-old joined Spurs from Leeds in July 2019 for around £10m, but has made only three substitute appearances for the Premier League club.

Clarke played 23 times for Leeds in the Championship, including four starts, and featured seven times on loan at QPR in the second half of last season.

He made his Spurs debut off the bench in the Europa League in October.

"Jack is an exciting young wide player who will bring an added dimension to our resources for the remainder of the season," said Stoke manager Michael O'Neill.

The Potters are eighth in the Championship and have already signed Wales pair Rabbi Matondo and Rhys Norrington-Davies on loan this month from Schalke and Sheffield United respectively.