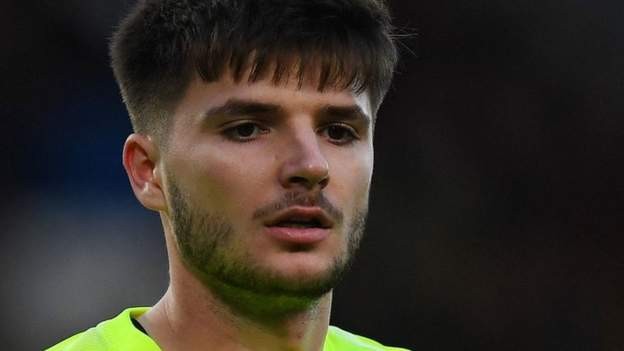 Stoke City have made their first January window signing by bringing in goalkeeper Matija Sarkic on loan from Premier League side Wolves for the rest of the season.

The 25-year-old six-times capped Montenegro international returns to the Championship after spending the first half of last season at Birmingham City.

He then returned to Wolves in January after dislocating his shoulder.

After being signed by Tim Sherwood as an 18-year-old on summer transfer deadline day 2015, Sarkic worked under eight different bosses.

He was never given the chance to make his Villa debut, but was loaned out three times, to Wigan Athletic, with whom he made his professional debut, non-league Havant & Waterlooville and Scottish Premier League side Livingston before signing for Wolves in the summer of 2020.

He had further loans at Shrewsbury Town in 2020-21, then Birmingham last season - and he has not been on the losing side in three cup appearances for Wolves this season.

Stoke, who lie 18th in the Championship, having conceded 37 goals from 28 league games, had shared goalkeeping duties this season between Bursik, 22, and Jack Bonham, 29.