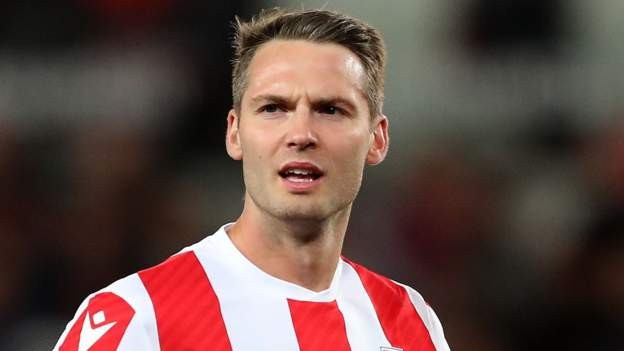 Nick Powell and Mario Vrancic have agreed to extend their deals with Stoke City until the end of next season.

Forward Powell, 28, has made 93 appearances since arriving from Wigan three years ago, and scored 24 goals.

He was restricted to 21 games in the 2021-22 campaign because of a cracked fibula and quad muscle injury.

Their contract extensions follow those agreed by the club with Jacob Brown, Jordan Thompson and Phil Jagielka.

Stoke finished 14th in the Championship, 13 points outside the play-offs, following 17 wins from their 46 games.