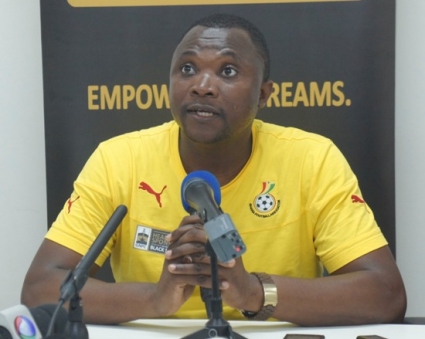 The Communications Director of the Ghana Football Association (GFA), Ibrahim Sannie Daara, has warned a the media to stop giving the Black Stars a bad name as they prepare for the second group game against the Eagles of Mali.

The former BBC award-winning journalist expressed his disappointment at the negative reportage targeted at derailing the Black Stars ahead of the team’s second game against the Eagles of Mali.

Reports emerged in a section of the media ahead of the team’s opening group fixture with the Cranes of Uganda claiming a brawl between captain Asamoah Gyan and Andre Ayew over captaincy.

This was preceded by reports that the players were agitating for bonus increment while the team was still preparing in Dubai.

And Sannie Daara says he is disappointed in such reports which could only end up shifting the focus of the team.

“Is it not a shame that some of your colleagues create and foment all kinds of lies just to give these hard working players a bad name? The other day one website was reporting that there was bad blood between the captain and his deputy. As you can clearly see, these same two players are chatting and joking around yet someone cooks such a deceitful story,” he told Class Sports’ Kwame Dwomoh-Agyemang.

“I have also read to my utter dismay that the GFA presented a huge budget with some wild bonuses captured in there. Let me state on authority that we have not submitted anything to anyone. Absolutely nothing. What is circulating is definitely not coming from the FA. Some faceless people who want to give the FA a bad name are circulating all kinds of stories and this is very unfortunate. Why don’t we rather channel our energies into supporting the team?”

Meanwhile, the Ministry of Youth and Sports, in a statement, has said no amount has been agreed as winning bonus for the team.