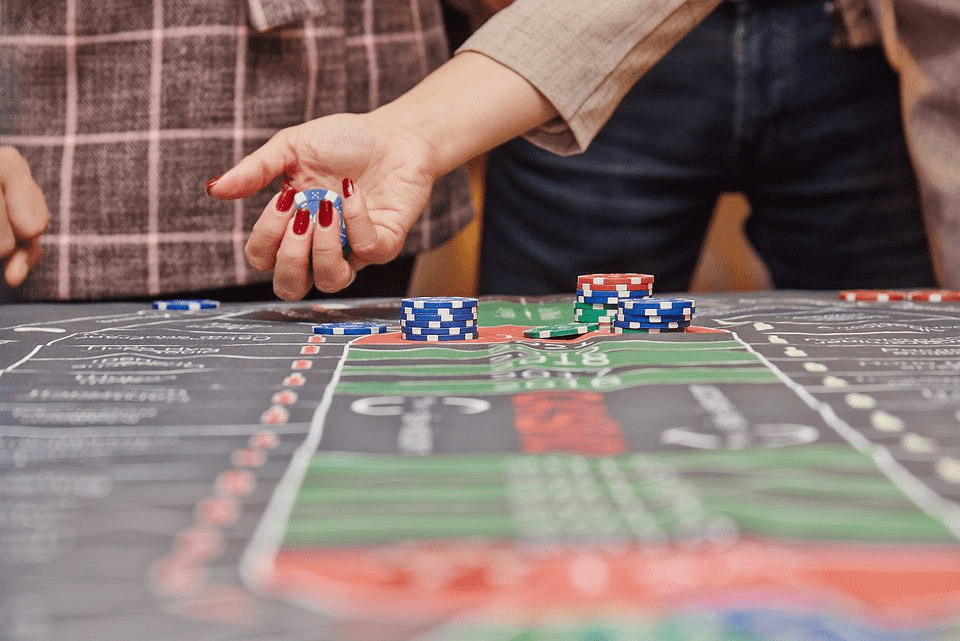 Gambling has a special place in popular culture. There are many casino films: too many to count. They are inherently dramatic because gambling, by definition, involves risk. Not surprisingly, life throws them into the mix. BestAuCasinosOnline tells the real-life stories that have become the subject of gambling films.

The life of Englishman Joseph Jagger, who was born in 1830, served as the basis for one of Hollywood's earliest roulette movies.

Jagger spent his free time playing roulette in casinos while working as a mechanical engineer at a cotton industry in Halifax, Yorkshire. He proposed in 1873 that the design of the mechanism and tiny flaws in the wheel itself render the numbers that land on the roulette wheel not entirely random. Joseph hired six helpers right away. The main focus of their collaboration was discreetly recording the numbers that appeared on several roulette wheels at the Beaux Arts Casino in Monte Carlo.

The statistics confirmed Jagger's conjecture — he found that the numbers 7, 8, 9, 17, 18, 19, 22, 28 and 29 of the six wheels would always come up as winners. With this information, in 1875, Jagger went to a casino where he became an incredibly wealthy man in a very short period of time. He has forever written his name in gambling history, becoming one of the first people who managed to beat roulette. Jagger "broke the bank" - won more money than the reserve, which was stored at his gambling table in the casino.

Suspecting something was amiss and sensing a large monetary loss, casino owners swapped tables in the gambling hall, and then changed the metal elements in the machinery to upset the balance of the device. Jagger, who was unaware of these changes, began to lose heavily, so he decided to stop and leave Monte Carlo. In all, he won more than $300,000, which in modern money terms would amount to several million dollars.

In 1935 20th Century Fox based on this story and made a romantic comedy "The Man Who Broke the Bank at Monte Carlo". It was directed by Stephen Roberts and starred Ronald Colman, Joan Bennett and Colin Clive.

The story of a MIT professor who used his students to beat casinos at blackjack in the 1990s has been the basis of several films.

Any skilled player may legitimately win at blackjack. In addition to the essential playing strategy of understanding when to hit and when to wait, individual players can use card counting, card shuffle monitoring, or pocket cards to improve their chances of winning.

The MIT Blackjack Team from Harvard University and several other colleges, has proven that when it comes to gambling, casinos don't always win. The students used various card-counting techniques and other blackjack strategies to beat casinos around the world.

It all started when a short course on gambling was introduced at MIT. The students often played poker, so they decided to attend the course to learn more about blackjack.

In 1979, they decided to put their knowledge into practice and went to Atlantic City to try to make money in a casino. However, the group failed on their first attempt and soon broke up. But two of them decided not to give up and continued to learn more about the game of blackjack. One of them, J.P. Massar, derived a mathematical model that allows you, while watching blackjack hands, to calculate the most favourable moments to make big bets. To try his model in a real game, he needed a new team.

Bill Kaplan, who managed a blackjack crew professionally in Las Vegas for three years, was introduced to J.P. Massar in May 1980. After earning his Harvard degree in 1977, Kaplan relocated to Las Vegas. Based on their knowledge of and study into the game of blackjack, Kaplan and Massar eventually founded their own blackjack team. And they soon began leading this group through formal management techniques.

In just ten weeks of play, they made twice as much income as their initial investment. The team made an average of $162 an hour at the table. While making considerable profits, they encountered various problems. At the airport, for example, it was sometimes difficult to get through with a huge amount of money. However, the worst thing that struck the MIT blackjack team was the technological advancement. Security cameras were installed in the casino to keep an eye on the blackjack tables, making the game more difficult. The MIT Blackjack Team continued to play until 1989.

The story has been a source of inspiration for book authors and filmmakers. One of them is "21". The role of the genius professor was played by Kevin Spacey in the film directed by Robert Luketic.

The story of a desperate, brave, sensible and pragmatic girl who managed to set up one of the biggest underground poker clubs, where Hollywood stars and criminal bosses played, is the subject of the film The Big Game.

Molly Bloom, the future Princess of Poker, was born on April 21, 1978 in Loveland, Colorado, USA. Since she was a child, she was a hardcore skier with dreams of qualifying for the Olympics. When she started skiing professionally, she suddenly got seriously injured. As a result, she had to retire from the sport.

She then moved to Los Angeles, where she was introduced to the world of poker. Her father organised private poker games and Molly immediately realised there was a lot of money to be made. She regularly attended poker nights where she came to realise that there was more to making money than just winning. This led her to set up her own business in 2007, registering Molly Bloom Inc. as a company that organises events for poker tournaments.

In reality, it was an underground club that illegally hosted poker games at super high stakes. Celebrities including Ben Affleck, Macaulay Culkin, and Leonardo DiCaprio visited her illegal business. The underground poker club frequently hosted criminal bosses, and this marked the beginning of the club's demise. The most dangerous of these were members of the Nahmad-Trincher criminal gang. They were followed mainly by the FBI and soon 30 people were apprehended while playing.

Molly Bloom was among those detained, but the court was never able to charge her seriously. In 2014, the court ordered Molly to receive a year's probation, a $1,000 fine and 200 hours of community service. All of the girl's funds were forfeited.

After the collapse of the poker establishment and the court ruling, the girl sat down to write her autobiography. Molly's book was filled with vivid colours, numerous scandals and intrigue, just like her life. Not surprisingly, the book was subsequently adapted into a film adaptation. In 2017, director Aaron Sorkin directed the feature film The Big Game, starring Jessica Chastain as the poker princess.

After watching one of these movies you can visit some high roller online casinos and play your favourite games.