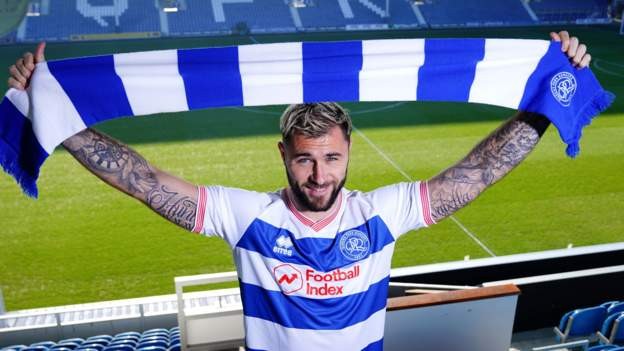 Striker Charlie Austin has re-joined Queens Park Rangers on loan for the rest of the season.

The West Bromwich Albion forward left Loftus Road five years ago for Southampton before moving on to the Baggies in August 2019.

Austin, 31, has made five Premier League appearances as as substitute this season and last scored in July.

"When I was told there was a chance of it happening I grabbed it with both hands," Austin told the QPR website.external-link

"I've matured as a footballer and as a person, and now it's time for me to help the club get out of the position they're in, that's why I'm here.

"I know people are going to question about coming back and ruining my reputation. I don't think I am going to do that one bit. I am here to succeed."

He scored 18 goals in the top flight the following season as Rangers were relegated back to the Championship. They are currently 20th, two points above the bottom three.

"I am absolutely delighted we have been able to bring Charlie in," QPR manager Mark Warburton said.

"There are two reasons why I'm so pleased. The first is because of his undoubted quality, experience and standing in the game.

"The second reason is because of Charlie's hunger and desire to return to the club.

"In Charlie's case, he has it by the bucket-load."