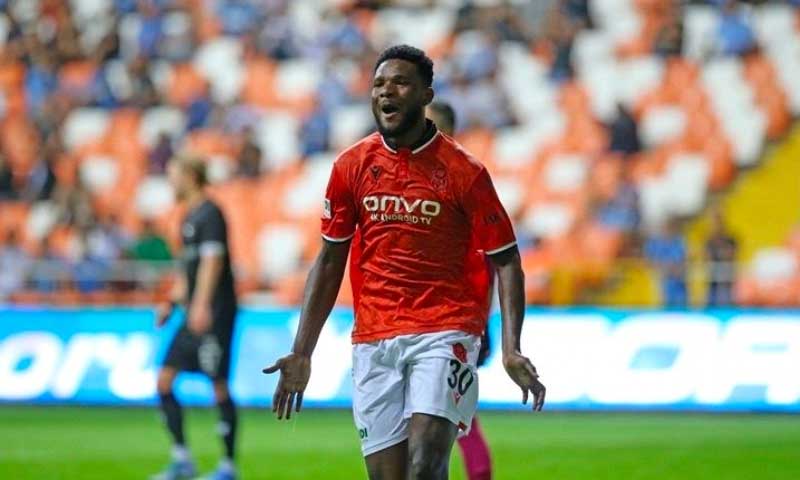 Ghanaian striker Benjamin Tetteh scored his first in 2022 when Yeni Malatyaspor succumbed to a home defeat to Konyaspor in the Turkish Superlig.

Tetteh scored on Sunday to break his over four months goal drought as Malatyaspor suffered a 3-2 defeat at the Yeni Malatya Stadium.

Konyaspor took an early lead in the 7th after Abdulkerim Bardakci before Egyptian striker Ahmed Hassan Kouka doubled the advantage before recess.

Tetteh pulled one back for Malatyaspor just three minutes into the second half but Konyaspor restored their lead in the 59th minute through Nejc Skubic.

Tetteh has now scored 7 goals and assisted another one in 23 appearances for Malatyaspor in the Turkish Superlig this campaign.