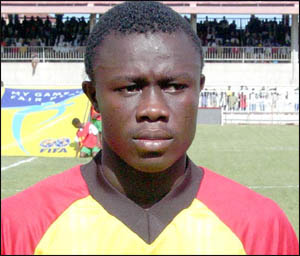 Ex-Asante striker Kojo Poku rubbished reports linking him with a move to Hearts of Oak by insisting he has no idea about the purported move to the club.

A Hearts of Oak management member Haruna Futa claimed on an Accra-based radio station on Thursday that they were close to agreeing a deal with the player.

But the player has expressed shock at the news insisting he is not had any discussions with the club.

"I'm totally surprised about this and it news to me. I have not talked to any official of the club about a proposed move," Poku exclusively told GHANAsoccernet.com from his base in Denmark.

"I'm pursuing some personal agendas now and that's where my concentration is.

"In as much as Heart is a big club, there are other things on my mine now and therefore there Â is no in the about the story."

Kotoko missed out on the trophy to WAC of Morocco.