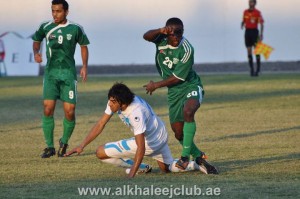 Striker Kofi Nti Boakye could sign for Asante Kotoko after returning from the United Arab Emirates.

The highly rated attacker has completed a one-year deal with Al kaleej where he scored 14 goals for the side.

Boakye, who has been a long target for the Kumasi-based side, is believed to be nearing a big-money move.