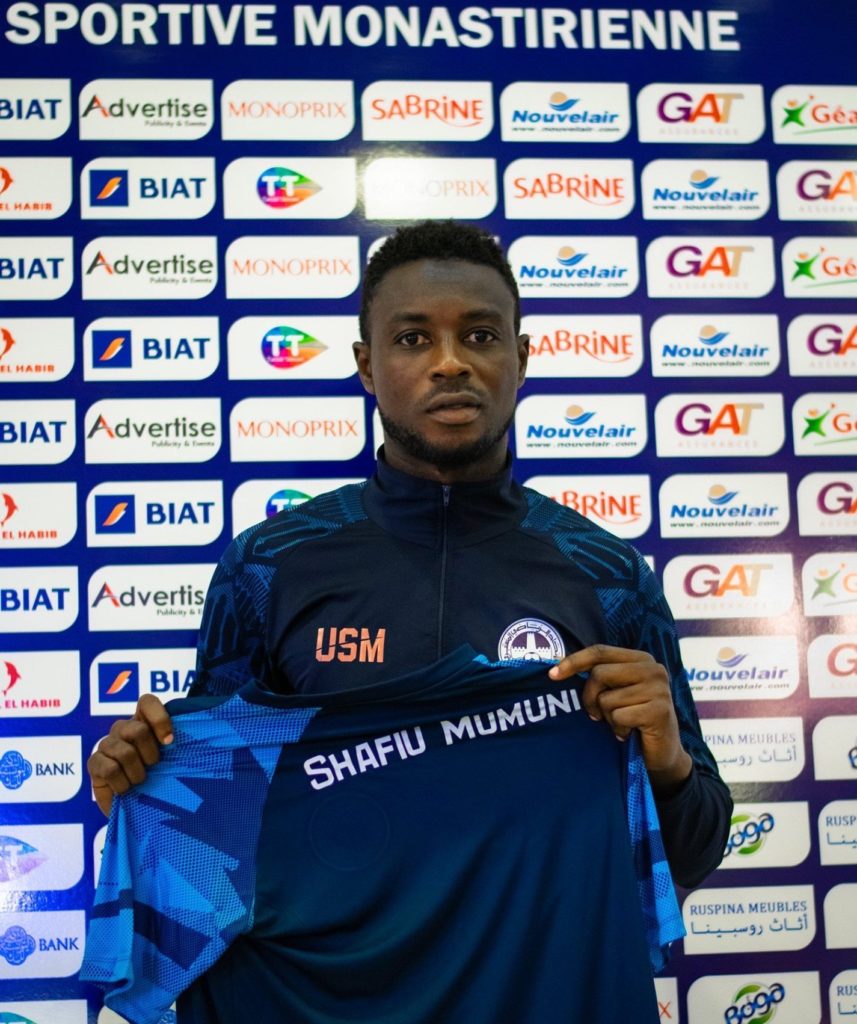 Shafiu Mumuni during his unveiling by US Monastir

The former Ghana B captain has ended his stint with Tunisian side US Monastir four months into a two-year contract.

Mumuni was signed by the Tunisian Cup holders to replace Anthony Okpotu who left the cub.

The former AshantiGold captain was beginning to find his feet in the Tunisian Ligue 1.

In December 2020,  he scored in their 2-0 win over Libyan side Al Ahli Tripoli in the CAF Confederation Cup preliminary round qualifier.

The 25-year-old was top scorer at the 2019 WAFU Cup of Nations in Senegal with four goals.