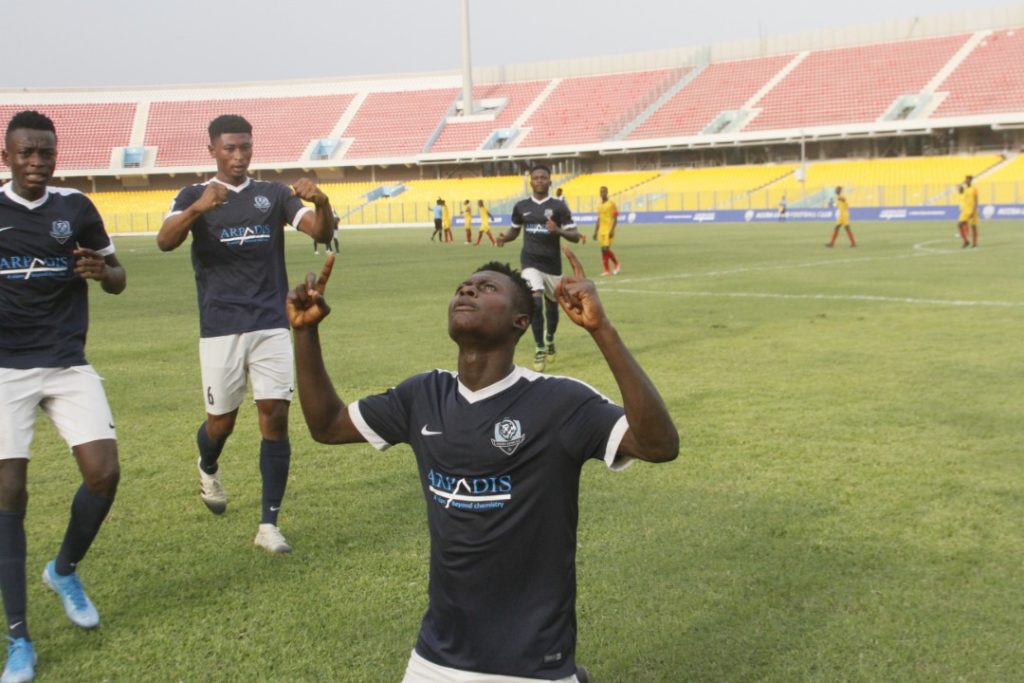 Two second-half goals by the talented attacker helped the home side to the impressive victory over their much experienced opponents at the Accra Sports Stadium.

Packed with players experienced in playing in the Ghanaian top-flight league for years, Uncle T were thought to be favourites for the game but were left stunned by the late rally of the Accra Lions.

The youngsters, coached by experienced German trainer Rainer Kraft, dominated the exchanged in both halves of the game but found their opponents very difficult to break down in the Zone Three game.

However Amoah, who has been instrumental in the Lions impressive outing in the pre-season, showed why he is one of Ghana's highly-rated rising players with two goals under twenty minutes. 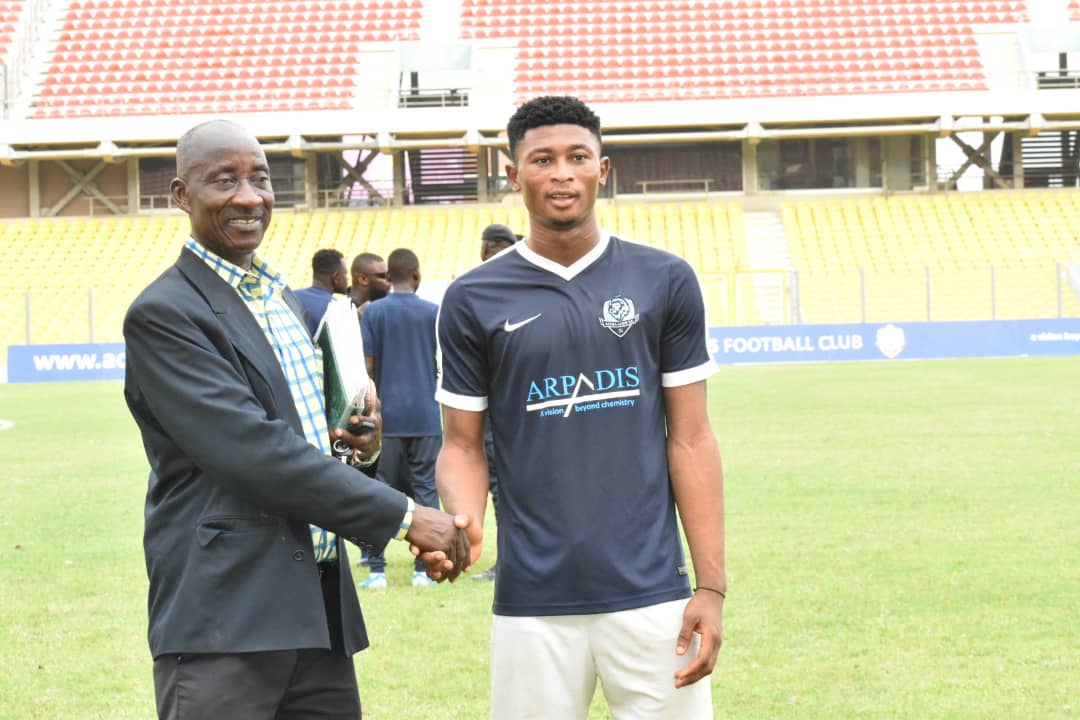 Ibrahim Rahim of Accra Lions was named man-of-the-match
He opened the scoring on the 70th minute mark before putting the result beyond doubt with another strike two minutes before time to seal the victory.

Despite the heroics of Amoah, gifted young midfielder won the man-of-the-match thanks to his Sulley Muntari-like performance for his ball masterful winning display as well as perfect ball distribution.