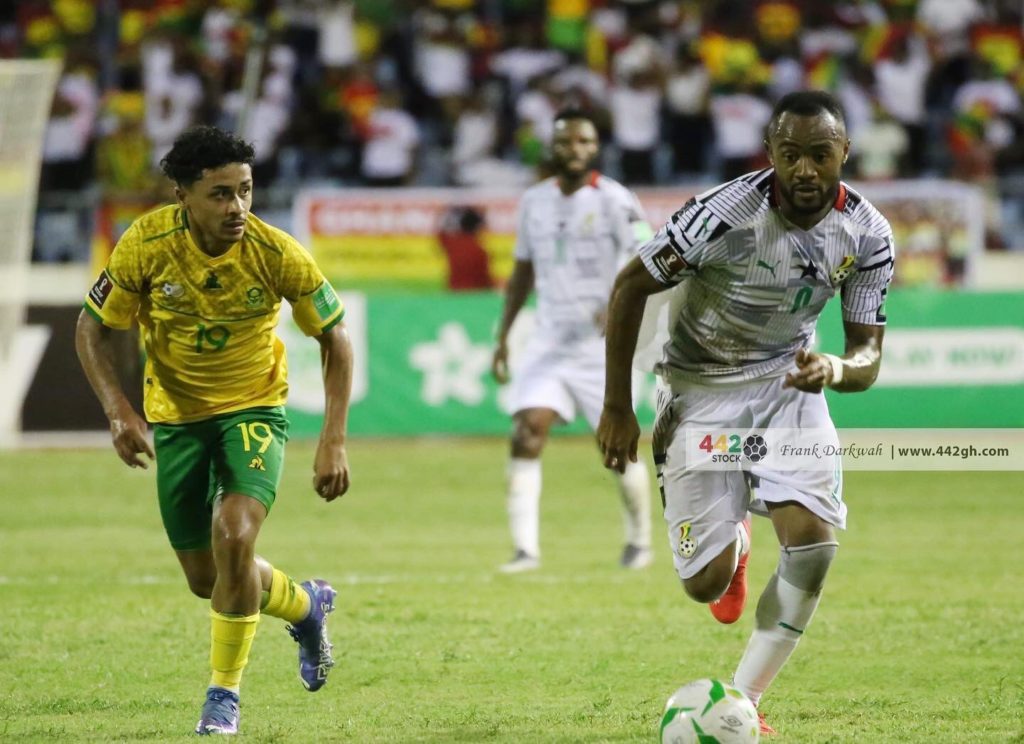 Ayew hasn't scored a competitive goal in a long time and last Sunday he came under a barrage of criticisms after missing a great opportunity in Ghana’s victory over South Africa in the 2022 World Cup qualifiers.

In the first half, the Crystal Palace was put through on goal but shot wide.

“On a normal day, Jordan Ayew would have buried that chance but I think he has completely lost his confidence. It’s clear that the criticisms have affected him.”

“But we need to support him to rediscover because he works hard in every game,” Tagoe told Saddick Adams on Angel TV.

Ayew hasn’t scored a goal this season and his last goal for the Black Stars came in March when he converted a penalty in a 3-1 win over Sao Tome and Prince in 2021 Africa Cup of Nations qualifier in Accra.