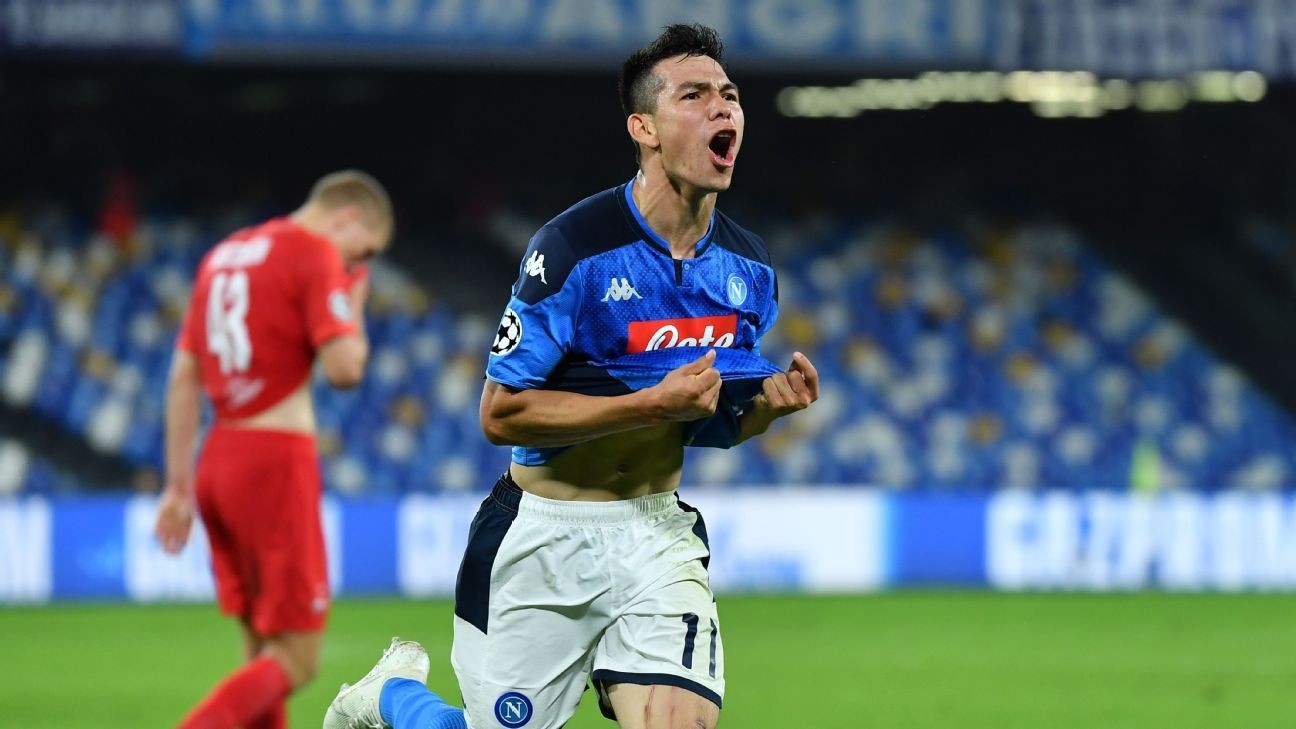 Mexico legend Jared Borgetti thinks El Tri winger Hirving Lozano should stay put at Napoli and prove his worth after a difficult first season in Serie A.

Lozano was signed from PSV Eindhoven last summer for a club record fee, reportedly for $40 million, but has struggled at Napoli, losing his place in the starting XI and seeing his number of minutes plummet since Gennaro Gattuso replaced Carlo Ancelotti last December.

Stream Serie A games on ESPN+
What did you miss? The latest from Europe's top leagues

Gattuso even kicked the 24-year-old out of training ahead of the Coppa Italia final last month, but "Chucky" bounced back and scored in Napoli's 2-1 over Genoa on Wednesday and is beginning to earn praise from the coach, who said the Mexican is "demonstrating very good things" after the match.

Borgetti encouraged Lozano, who has four goals in Serie A this season, to show why the club paid so much for him, amid reports that he could be moved on ahead of next season.

"It's a personal question about the character he has," Borgetti said in an interview with ESPN. "The easiest thing is to be comfortable and for Napoli to sell him after the season. He'd have another opportunity in another club in which the coach has asked for him and he'd have more chances to play, but that's falling into comfort."

Borgetti continued: "The other [option] is to stay, show yourself, the coach and the fans that you are a player they can trust in, that you are worth what they paid and can overcome adversity. You'll come out of it better in all aspects, in terms of character, decision-making and in terms of football, but it'll depend on him.

"From my point of view if I was him, I'd stay, but it depends on the player."

Napoli began the campaign as expected title challengers with Ancelotti as manager, but a poor run of domestic results, combined with a player mutiny as they refused to go on a training retreat, resulted in Ancelotti's sacking, despite reaching the Champions League round of 16.

The club did win the Coppa Italia, defeating Juventus on penalties on June 17, although Lozano didn't play.