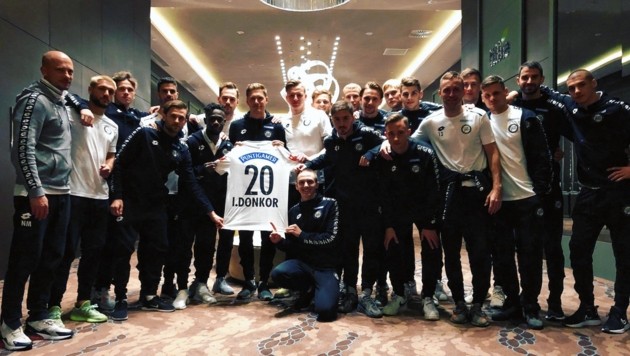 Donkor left the club’s training camp in Turkey after suffering an ankle injury.

He thorn a ligament in his right ankle after undergoing a MRI test.

The 24-year-old underwent a successful surgery and has been ruled out for least three months.

In the aftermath of Sturm Graz friendly 2-1 loss against Polish side Pogon Szczecin on Friday, his teammates showed solidarity with the Ghanaian by displaying his number 20 shirt.

Donkor joined the club on a two-year deal from Romanian side Universitatea Craiova last summer.

He made 8 appearances in all competitions for the club during the first half of the season.