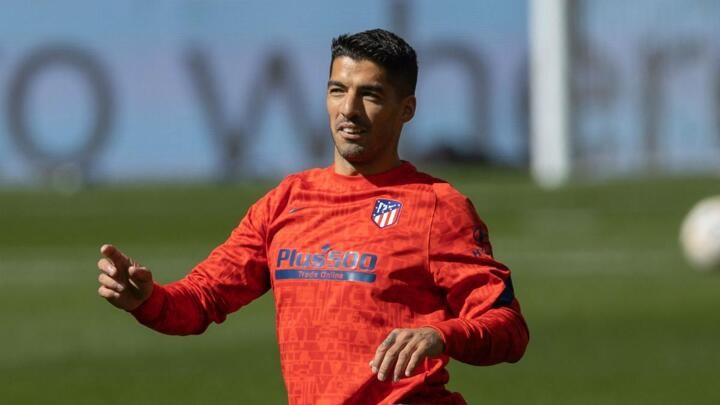 Atlético Madrid striker Luis Suárez has given the club a boost after he tested negative for coronavirus and will resume training on Friday.

Luis Suárez will resume training with his Atlético Madrid team-mates on Friday after the club announced he has returned a negative coronavirus test.

The Uruguay international has missed Atlético's last four matches after he contracted covid-19 while away on international duty last month.

In his absence Atlético have won two LaLiga matches 1-0 – including against his former club Barcelona – and drawn Champions League games 0-0 and 1-1 against Lokomotiv Moscow and Bayern Munich respectively.

Suárez's match fitness will be assessed by head coach Diego Simeone to determine whether the 33-year-old can feature in Atlético's league fixture at home to Real Valladolid on Saturday.

"Luis Suárez will join the group training sessions of the first team tomorrow after having tested negative in the official LaLiga PCR test," read a statement from Atlético on Thursday.

"The Uruguayan, after overcoming covid-19 and complying with all health protocols, is reintegrated into the group and will be under Diego Simeone's control again."

Suárez had been in fine form for Atlético this season with five goals in his first six LaLiga appearances since he joined from Barcelona for a nominal fee in September.

The striker's 1.2 goals per 90 minutes is the highest of any player in the division to have played at least three matches, with Valencia's Manu Vallejo (1.02) next best.