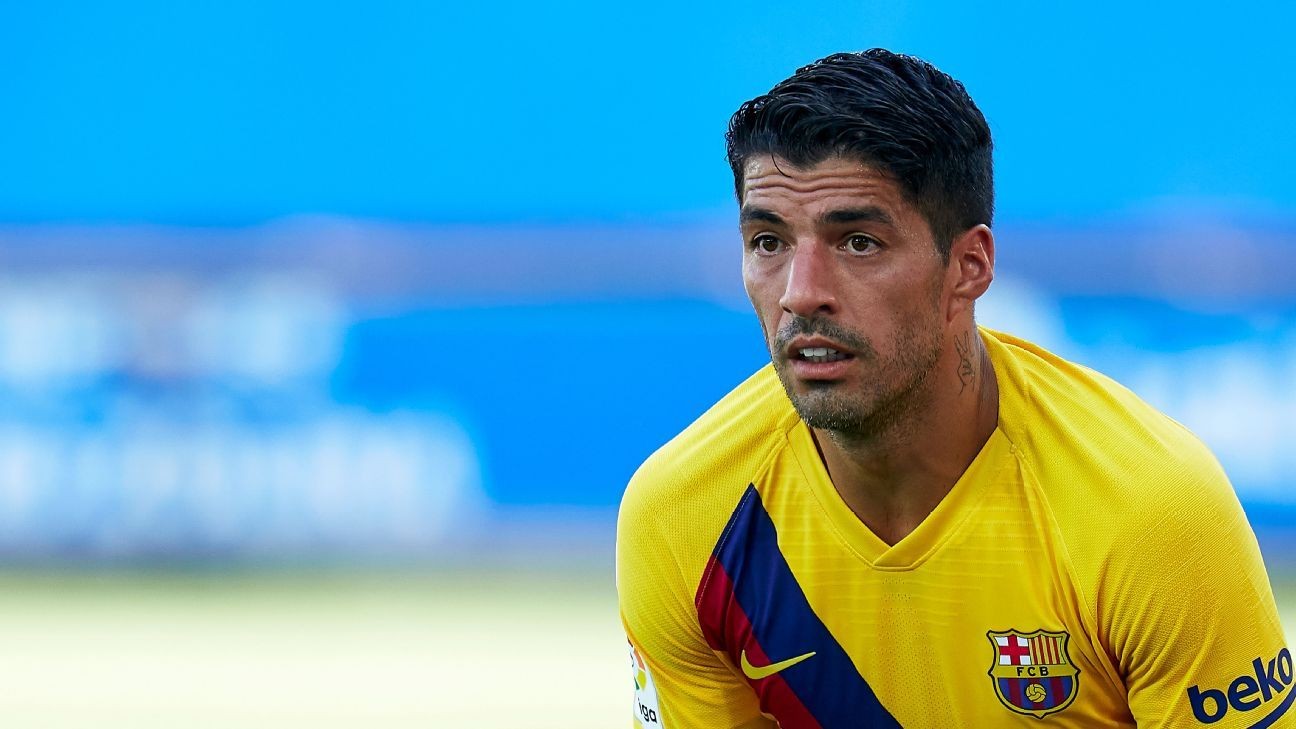 Luis Suarez's Italian citizenship exam is under investigation from prosecutors amid irregularities, it was announced on Tuesday.

The Barcelona forward, who himself is not under investigation, underwent a citizenship test at the University For Foreigners in Perugia on Sept. 17.

During an investigation into wrongdoing at the university, irregularities with Suarez's test emerged.

A statement from the Perugia Prosecutor's office said it appears information about the test was given to the candidate before the exam, while a final result was attributed before completion.

"During the investigation undertaken by the Perugia financial police corps into various and accrued issues with regards to the Perugia University for Foreigners, which been ongoing since February 2020, irregularities in the Italian language certificate test undertaken on this Sept. 17 by Uruguayan footballer Luis Alberto Suarez Diaz, necessary to obtain Italian citizenship, have emerged," the statement by Perugia prosecutor Raffaele Cantone read.

"The investigation has shown that the topics covered in the test were previously agreed and that the relevant score was agreed before the test had taken place. This, despite the fact that during the course of distance learning with university professors, he had only displayed a basic understanding of the Italian language.

"Today, members of the financial police are acquiring university office documents for further information on the above described as well as a warrant for information of false certification offences committed by a public official."

Suarez had been told to look for a new club this summer after Barcelona appointed Ronald Koeman as their new manager.

Sources told ESPN earlier this that the ex-Liverpool forward had agreed a move to Juventus but required Italian citizenship in order for the transfer to go through due to his non-EU status. However, the transfer appeared to have broken down before he took exam and Juve boss Andrea Pirlo said two days after that Suarez was unlikely to join the Italian champions.

Italian finance police chief Selvaggio Sarri has said Suarez cannot be charged while, Juve, who set up the exam ahead of a potential move, are not under investigation at present.

"We find ourselves in this situation as a Serie A side has asked for Suarez to undergo the exam," Sarri told radio Punto Nuovo. "Juventus were interested in signing the player and the university was available to host the exam.

"The problems emerged when we found ourselves with someone who had absolutely no understanding of Italian. An intermediate level [of Italian] was declared, but we then discovered this had been previously arranged. There was no external pressure, it was an initiative led by those work at the Perugia university. They allowed themselves to be led by such a character."

He added: "Juventus are not currently under investigation, but let's see what comes out."

Asked what the potential consequences could be for Suarez: "The player risks nothing. This type of crime is only for members of the public office."

Since the move to Juve fell through, Suarez, 33, was had seemed close to joining Atletico Madrid, with Alvaro Morata set to leave the Spanish capital side to join Juve.

But sources have told ESPN Barca have backtracked on their agreement to let him move to the Wanda Metropolitano, leaving him furious.