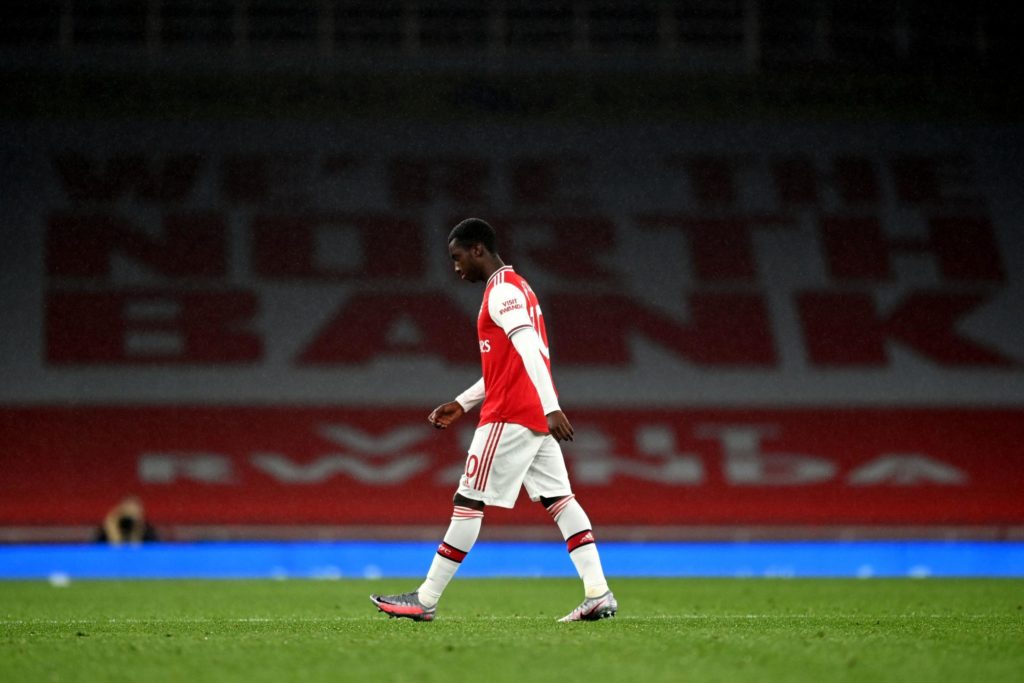 Edward Nketiah was given his marching orders during Arsenal 1-1 draw with Leicester City in the Premier League on Tuesday evening.

Nketiah spent just four minutes on the field before his unfortunate expulsion after a reckless challenge.

Arsenal had taken the lead through Pierre Emerick Aubameyang in the 21st minute.

Manager Mikel Arteta introduced Eddie Nketiah in place of Alexander Lacazette in the 71st minute as they went in search of the cushioning.

However, the substitution proved to be the bane of the Gunners as Nketiah was shown a direct red card after bumping into James Justin in the 75th minute.

Leicester City came back strongly after the numerical advantage and deservedly poked in the equalizer courtesy Jamie Vardy in the 84th minute.

Nketiah has made 10 appearances for the side since returning from his loan stint at Leeds United, plundering 2 goals.