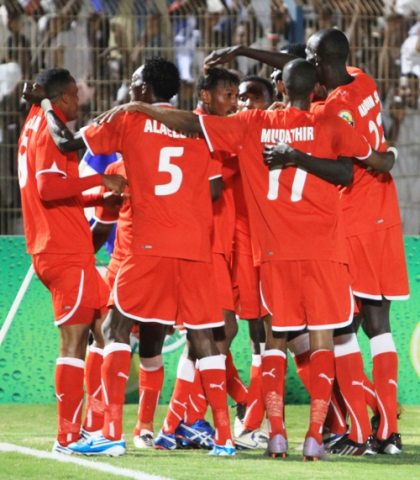 Sudan rallied twice to salvage a 2-2 draw against Angola in the African Cup of Nations on Wednesday to retain faint hopes of a quarterfinal berth.

Manucho gave Angola the lead with a low strike in the fifth minute after poor defending, before Mohamed Ahmed Bashir headed the equalizer in the 33rd.

Manucho put Angola back in front with a 50th-minute penalty, but Ahmed Bashir scored again in the 73rd to level for the second time for Sudan.

The result leaves Angola well placed to progress with four points from two games, while Sudan has one point and must beat Burkina Faso in its last match to have any chance of qualifying.

Later, Burkina Faso faces pre-tournament favorite Ivory Coast in the other Group B match at the 15,000-plus Nuevo Estadio de Malabo.