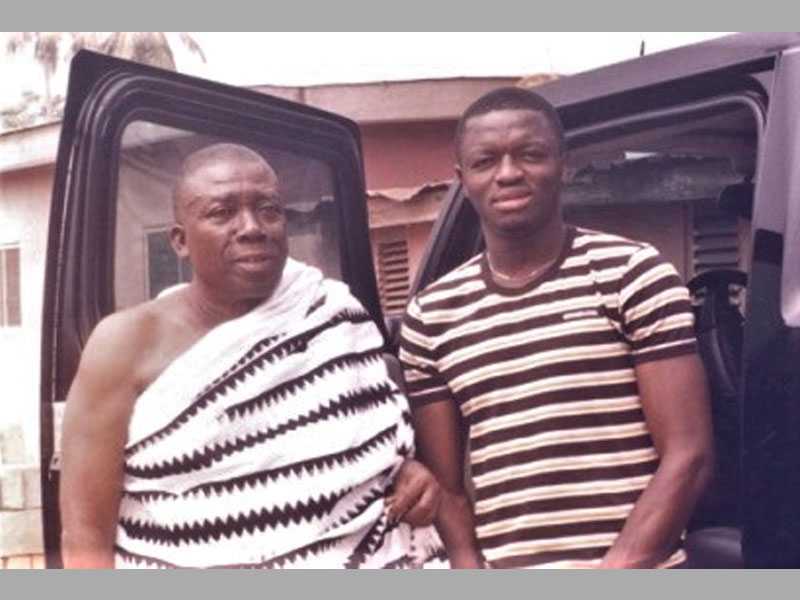 Nana Nti,  who is also the Chief of Konongo, wants the ex-Ghana international to invest and support development initiatives in the community which helped harness his potential.

Muntari played for the Division Two side en route to Osei Kyeretwie Senior High School in Kumasi before moving to Ghana Premier League side  Liberty Professionals.

''He started playing at a tender age at Owerriman FC before being transferred to Liberty Professionals in Accra in 2000 and was later  invited to play in the national U-17 side,'' Nana Nti told the Daily Graphic.

''A year after, he got the opportunity to play professional football with Udinese in the Italian Serie A.''

Muntari is one of Ghana's most decorated footballers having won the UEFA Champions League, League and Coppa Italia with Inter Allies and the FA Cup in England with Portsmouth.

Nana Acheampong Nti is full of praise for the 35-year-old for his career successes on the pitch.

''Muntari has progressed from Division Two side Owerriman to play at the highest level, including Udinese, Portsmouth, Inter Milan, AC Milan, Sunderland and Ittihad of Saudi Arabia, among others. He has now established himself as one of the finest footballers in his generation.

''Just as Cristiano Ronaldo, Lionel Messi and other Ghanaian footballers are helping their people, especially in this era of the COVID-19 pandemic, Muntari should realise that his community, peers and the team that gave him the platform to market his talent in football are also yearning for his support in various ways.''