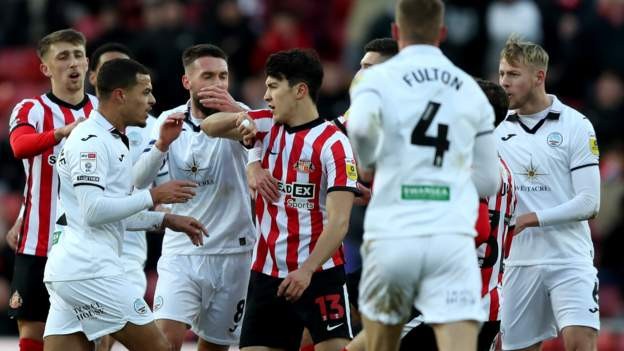 Players from both sides clashed after Luke O'Nien's (right) challenge on Ollie Cooper, which saw the Sunderland defender sent off

Sunderland and Swansea City have been fined by the Football Association following a "mass confrontation" during this month's Championship fixture.

The Black Cats were fined £5,000 - having accepted the charge - while Swansea admitted the charge, requested a hearing, and were then fined £6,000.

Swansea won the game at the Stadium of Light 3-1, with goals from Joel Piroe, Liam Cullen and Cooper, while Dan Neil scored for the home side.