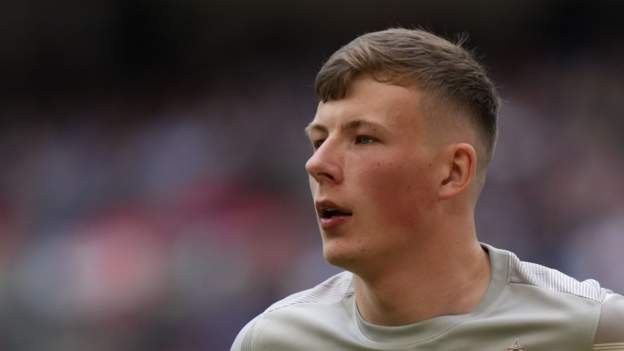 Sunderland goalkeeper Anthony Patterson has signed a new four-year deal to remain with the Championship club until the end of the 2025-26 season.

The 22-year-old had a breakthrough season last term, making 27 appearances for the Black Cats, as well as spending time on loan at Notts County.

He played all 90 minutes of the League One play-off final win against Wycombe Wanderers at Wembley.

"I've had a brilliant year and couldn't be happier," Patterson said.

"I joined the club when I was 10, so to play my part in promotion and winning at Wembley Stadium was a dream come true.

"I'm now focussed on the new season and improving my overall game to ensure I prove myself in the Championship and continue to help the team."