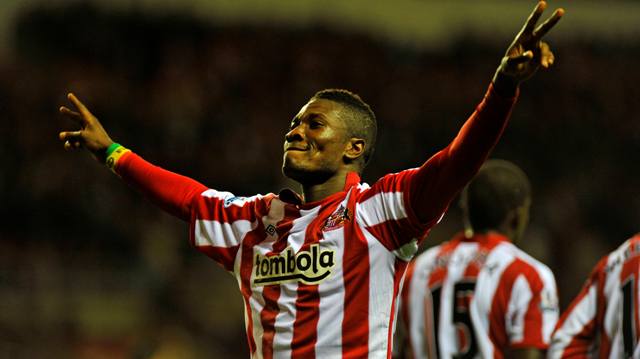 Sunderland are considering bringing in a striker on loan though the manager has faith that Asamoah Gyan will find top form for the north-east club this season.

Gyan has scored 10 goals in 33 appearances for Sunderland since signing for the club this time last year.

Manager Steve Bruce has started the striker in both of the Black Catâ€™s matches this season, but Gyan is yet to find the net.

Bruce believes that once the Ghana international gets back to full fitness, he will find his form for the side and prove his worth in the starting line-up.

"If you remember he had six weeks off at the back end of last season, so he has had twice as long as everyone else off.

"We have identified that, we have looked at him and we know something is not quite firing yet."