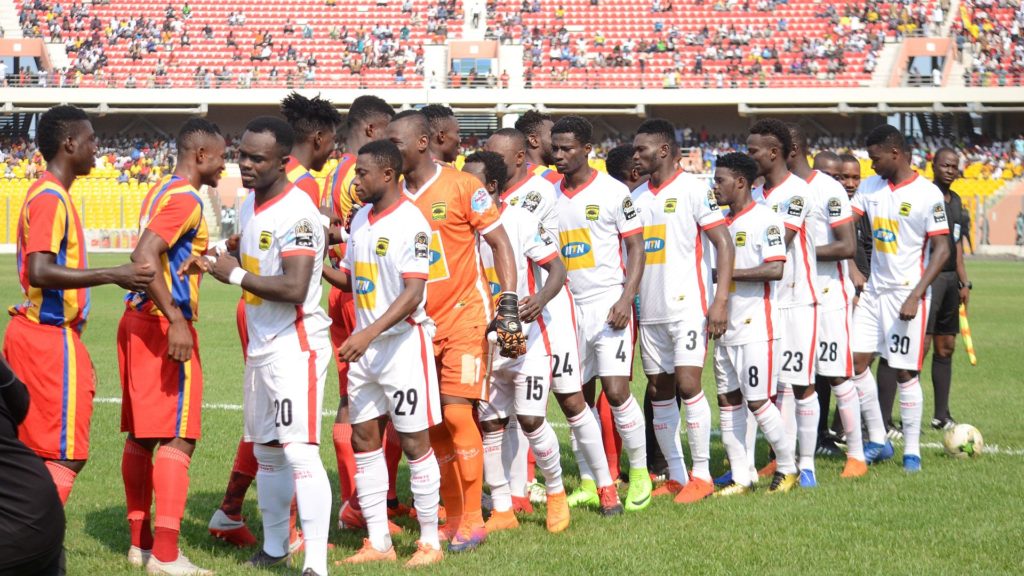 For the first time in the country's football history, the biggest game of the season will be played behind closed doors, the Ghana FA Spokesperson Henry Asante Twum has confirmed.

Asante Kotoko host arch-rivals Hearts of Oak at the Accra Sports Stadium in the Super Two clash on Sunday in this outstanding Ghana Premier League game.

The Ghana FA has issued a directive for all games to be played behind closed doors for the next four weeks due to the rise in the COVID-19 cases in the country.

Henry Asante Twum has reiterated that there will be no exemption for this game as the Ghana FA will is interested in protecting the lives of the main actors from the COVID-19.

“There will be no fans at the Accra Sports Stadium on Sunday for the Kotoko vs Hearts match. We made it clear in the press release we issued on playing our games behind closed doors till the end of the first round of the league”, he told Happy FM.

“We have signed a contract with right holders at the beginning of the season so we can’t decide in the middle of the season and ask the right holders to broadcast the games on free to air. We need to protect their rights”, Henry said on making the game live on TV.

He pleaded with the supporters of the two teams to be patient as the GFA engages all the various stakeholders on how to make the game available for all to watch.

“I will plead with the supporters to stay at home and watch the game on television”.

“From now till Saturday we will engage the broadcast holder and look at the best means to handle this situation. It is a win-win situation for the clubs, the Association and the broadcaster. We will take a decision that will be in the best interest of all stakeholders”.