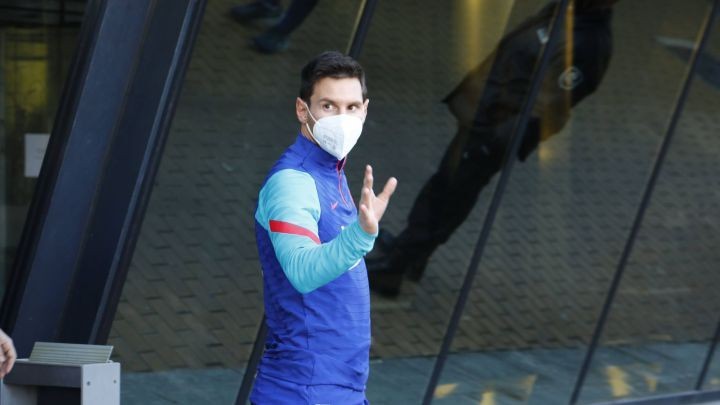 AS sources inside Barcelona say they remain uncertain regarding Messi's possible participation in the Super Cup final, although a bench start is being considered.

Absolute uncertainty. This is the conclusion that has emerged from inside the Barcelona camp regarding Leo Messi's chances of playing a part in Sunday night’s Super Cup final against Athletic Bilbao.

The Argentine captain wanted to test himself in the afternoon session this Saturday to check how his left thigh would react. He was apparently able to exercise normally, but avoided physically exerting himself too much.

However, inside the club, they remain cautious, especially those among the medical staff, who will be the first to object to the possibility of him playing on Sunday.

“He is a serious doubt. If Sunday's game was not a final, we wouldn’t even consider him coming onto the pitch,” says an AS source from inside the dressing room.

But, yes, it is a final and Messi, of course, wants to be there. That is why he has decided to take a step forward and test himself in the final session before Sunday’s meeting. This is despite the fact that the tests that he has undergone in recent days (which included an MRI on Friday), have found that he has an elongation in the biceps femoris in his left leg, as AS has learned from club sources.

It is an injury that, under normal circumstances, would leave him side-lined for about ten days. But Messi will have cut his layoff time to about five days if he does finally play in the final.

One option that is being evaluated in the dressing room is for Messi to start the game on the bench and take to the field as the game progresses. To this day, his numbers as an impact substitute remain impressive.

In any case, it will be Messi himself who has the last word, as coach Ronald Koeman has recognized, and a final decision will not be made until he meets with the coaches and medical staff on Sunday.

Meanwhile, US international Sergiño Dest is fully recovered and has returned to exercise as normal.

The 20-year-old defender, who suffered a blow in the match against Granada that prevented him from playing in the Super Cup semi-final against Real Sociedad, looks set to return to the starting XI for the clash with Athletic.