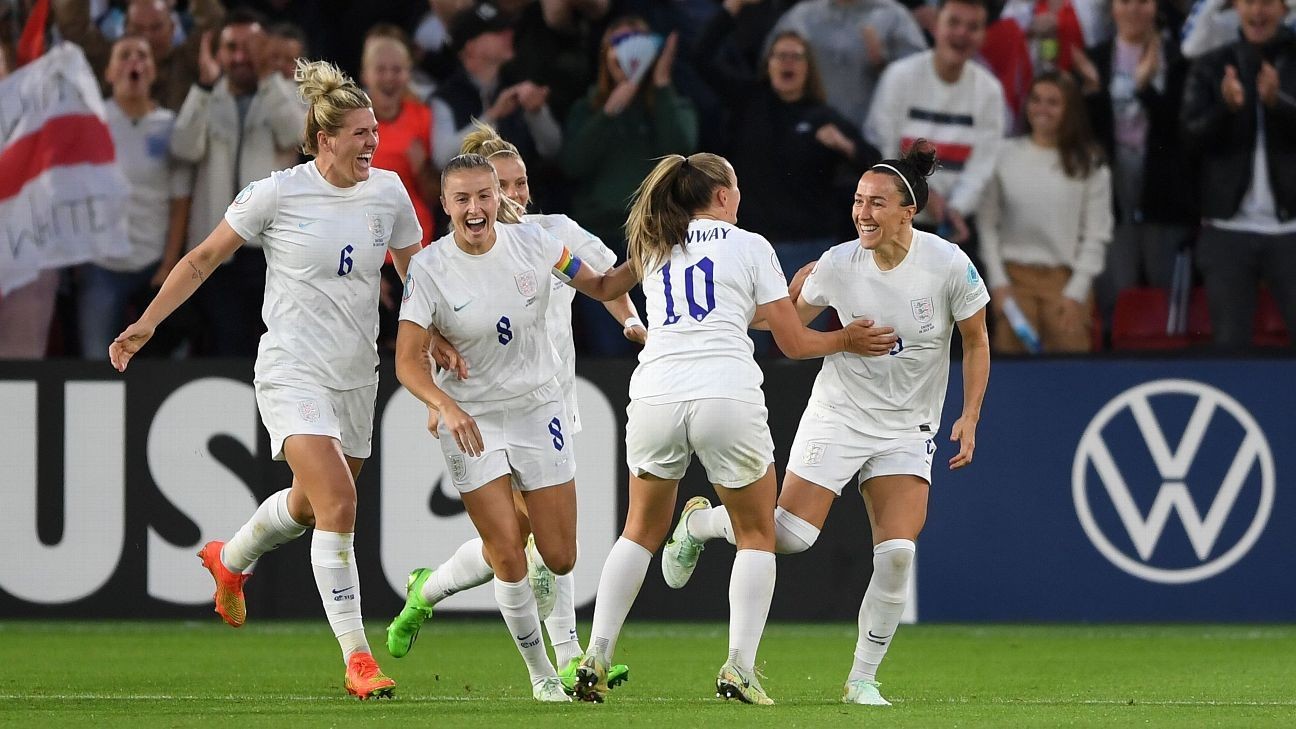 Beth Mead and Lucy Bronze each had an assist and a goal as England overcame a nervy start to thrash Sweden 4-0 at Bramall Lane in Sheffield on Tuesday night and advance to the finals of the 2022 Women's European Championship.

Sarina Wegman's England side came into the match as favourites in the semifinal against world No. 2 Sweden following a dramatic come-from-behind win over Spain in the quarters, as the Lionesses looked to remain on track to win a first major trophy for their country since the men's team won the 1966 World Cup.

Sweden looked dangerous on the counter in the early going, but England were first to score when Mead settled a Bronze cross from the right in the 34th minute, turned and smashed a lovely volley past Hedvig Lindahl to give the Lionesses the lead at half-time.

England started the second half in perfect fashion, with Bronze heading home at Lindahl's far post from Mead's whipped in corner to double the lead after a brief VAR check for offside.

Lauren Hemp nearly put England up three on 57 minutes, but her touch was just off with a close-range shot and the ball popped up and caromed off the crossbar.

England players celebrate after scoring a goal against Sweden in the semifinals of the 2022 Women's Euro. Getty Images

Ten minutes later, England found their third from substitute Alessia Russo's clever back-heel that went right between the legs of Sweden keeper Lindahl to secure victory and a spot in the final for third time in the team's history.

And Fran Kirby made it 4-0 before full-time to the delight of the sold-out crowd with a clever chip that Lindahl could only get her fingertips on before it bounced into the back of the net.

England, who have by far the most goals from open play at the tournament with 17, will face the winner of Wednesday's other semifinal between Germany and France (watch live on ESPN2 at 3 p.m. ET).