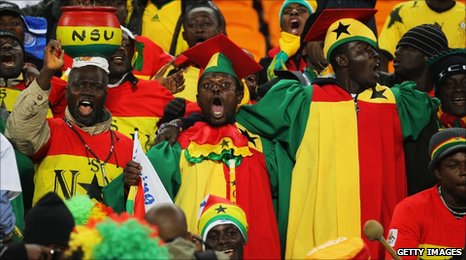 Supporter Groups in Ghana have accused Travel and Tour companies of trying to takeover their work.

According to them, organization of supporters for national assignments only lies in the purview of the Supporter Groups but it appears travel and tour companies are siphoning that mandate.

â€œThese companies should completely stay off organizing supporters for national team assignments and should rather give us some sort of package when we come to them.â€

Another Supporter Leader, Abraham Boakye also added: â€œI believe the travel and tour companies should rather find a way to properly collaborate with us other than try to take away our core mandate of supporters organization.â€

There have also been rumours of Governmentâ€™s favouritism to either one supporter group or the other.

While some supporter groups get visa and financial privileges when traveling, others who claim they have all necessary documentations are not even given a shout due to their political orientation.