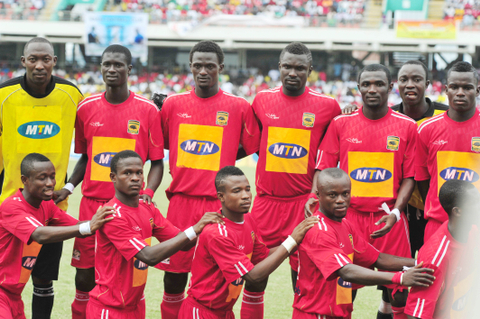 Over 3000 Ghana cedis has been spent on prominent pastors by the supporter wing of Asante Kotoko in the Ashanti Region for divine prayers for the team.

The said amount was spent on five unnamed 'Men of God' Â to spiritual fortify the team in their bid to recapture the Premier League title this season.

And this according to the Regional Circles chairman, Kwaku Amponsah is the reason for the team's impressive showing so far in their campaign which now sees them occupy pole position on the league standings.

"The amount spent on this operation is in far excess of what is being quoted in the media as 3000 Ghana cedis," he told Kumasi-based Angel FM.

"I want to state emphatically that the saidÂ operationÂ is no juju but rather we met five pastors who confirmed to us that the team was down spiritually.

"We then decided to embark on this mission after consultations with the players who requested that we support them with intense prayers.

"No wonder the team is doing so well nowadays and therefore we will continue to support our team in that regard."

Kotoko travel to play Berekum Arsenals on Sunday on one of the difficult terrains in the local league but Amponsah insists victory has already been assured at least in the spiritual realm.