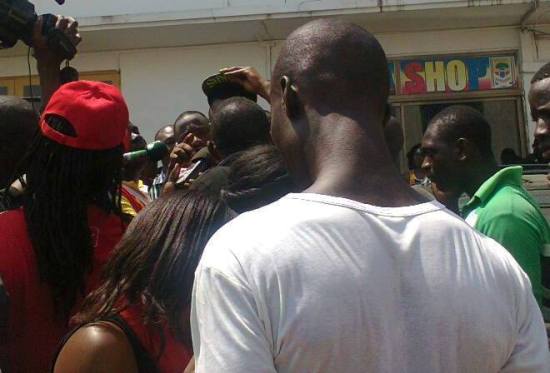 Hearts of Oak supporters in the Brong Ahafo Region have threatened the team of severe beatings if they fail to deliver victory against Aduana Stars in Dormaa.

The Phobians are in desperate need of a result to help mitigate the plight of their fans following a run of bad performances in the Ghanaian top flight.

Hearts suffered a humiliating 3-0 defeat toÂ WaÂ All Stars on the resumption of the Ghana Premier League before their home fans in Accra.

The supporters who appear fed up with the chain of bad results have now declared at an organized press conference inÂ TepaÂ to take illegal action by physically assaulting the players, coaches and officials of the team if they lose atÂ Aduana.

â€œWe want the players, coach and management that if they come here and are not able to get the three points, we will give them the beating of their lives.

â€œThis is a team that came to beat New Edubiase, Bechem United and the like so they should now that we want a win here.

â€œThey areÂ fore-warnedÂ that if they come and they donâ€™t get the win, we will surely beat them.

â€œWe will not entertain any mediocre performance againstÂ AduanaÂ so the ball is now in their court.â€