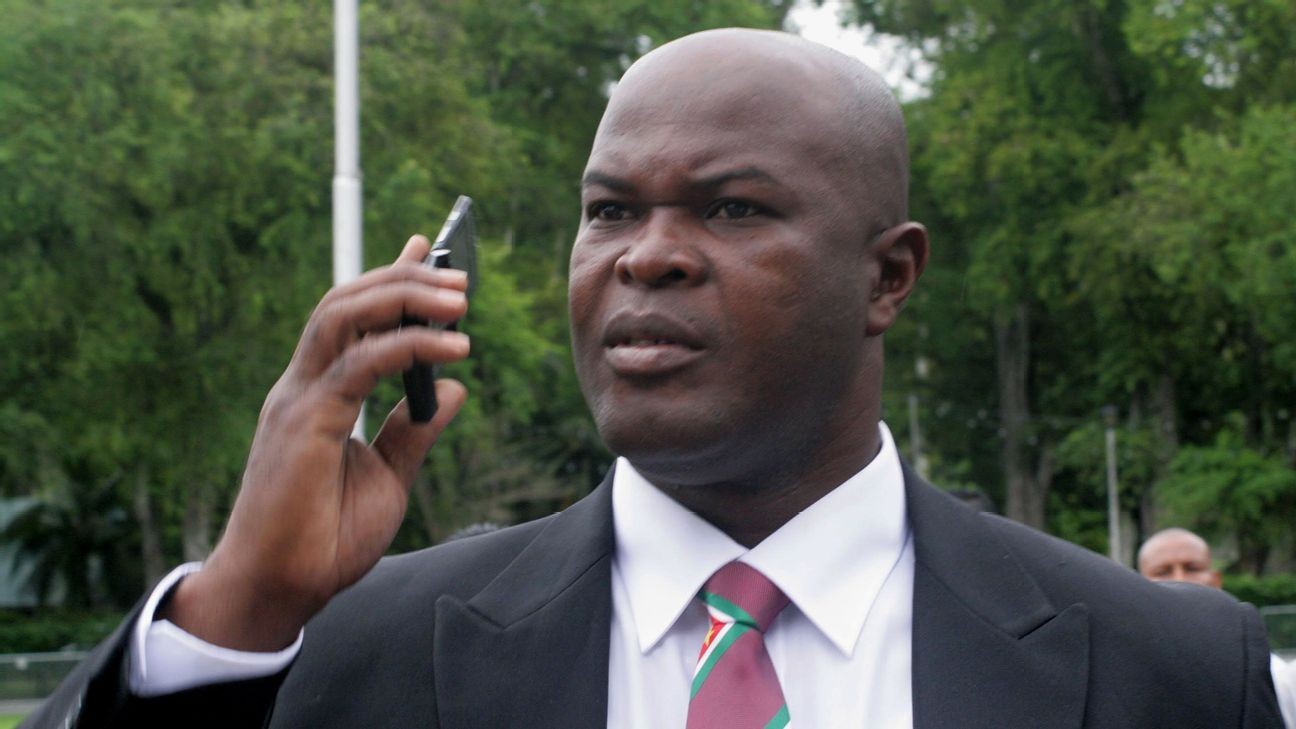 Ronnie Brunswijk is better known for his exploits off the pitch. Louis ALFAISIE/AFP via Getty Images

Suriname Vice President Ronnie Brunswijk made history by becoming the oldest player, at 60 years of age, to play in an international club competition when he started in Tuesday's 6-0 home loss to Olimpia in the CONCACF League.

Donning the No. 61 jersey, as a tribute to the year he was born, Brunswijk captained the team he owns, Inter Moengotapoe, against Honduran outfit Olimpia in the first leg of the round of 16 at the Franklin Essed Stadion in Paramaribo, Suriname.

He played for 54 minutes and started in attack alongside his son, Damian Brunswijk, who played for 29 minutes before being replaced. Honduran media criticised Inter's decision to play Ronnie Grunswijk and considered it disrespectful.

However, Olimpia defender Johnny Leveron preferred not to comment. He said: "It was their choice and did they did what they thought was best for their team. We don't get involved in that."

Olimpia assistant coach Gustavo Reggi said his team was just focused on winning the game after being asked about Ronnie Brunswijk.

"We found out half an hour earlier when they gave us the squad [that Brunswijk was playing]," he said. "This is a matter for our rivals. We just had to focus on ourselves.

"We represent a club, and we have to do it in the best possible way whether national or internationally. That is what we came here to do. We are happy with the win and now we will wait for the return leg."

A shirtless Ronnie Brunswijk was captured on video after the game handing out money to Olimpia players and staff in the visitors' changing room.

The return leg will be played on Sept. 28 in San Pedro Sula.